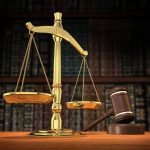 Johannesburg — South Africa’s government has failed to tackle high air pollution levels in an area which is home to coal-fired power stations and refineries, a lawsuit filed by environmental and community groups says.

The case filed in the Pretoria High Court on Friday claims the government has violated the constitutional right to a healthy environment for people living and working in the densely-polluted Highveld Priority Area. It was brought by environmental justice group groundWork and community organisation Vukani Environmental Justice Movement in Action.

Africa’s most advanced economy is also its worst polluter, generating most of its energy from coal-fired power plants that emit millions of tonnes of carbon dioxide into the atmosphere.

“Together with groundWork, Vukani has decided to use litigation to push government to take urgent steps to deal with the high air pollution and in the interest of our health and to protect our right to clean air,” Vukani chairperson Vusi Mabaso said in a statement.

The Highveld Priority Area, south of Johannesburg and overlapping three provincial boundaries, was declared a climate priority area in 2007 due to poorer-than-average air quality and a high concentration of pollutants because of the type of industries operating there.

The area is the site of 12 coal-fired Eskom power plants and Sasol’s coal-to-liquid plant in Secunda and oil refinery in Sasolberg.

The court papers said air pollution from the industrial facilities had caused between 305 and 650 early deaths in the region in 2016, according to a study commissioned by the Centre for Environmental Rights.

The environmental groups said emitted chemical compounds such as sulphur dioxide, heavy metals and fine particulate matter cause illnesses including bronchitis and lung cancer and contribute to strokes, heart attacks and birth defects.

They hope the court will force government to implement an air quality management plan that was published by the Minister of Environmental Affairs in 2012 with the aim of cleaning up the air pollution in the area.