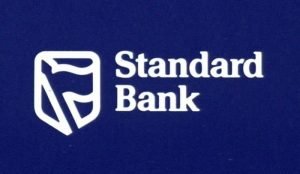 Johannesburg — Standard Bank will exceed its green financing target of 50 billion rand ($2.8 billion) this year, as South Africa’s scrapping of regulations on self-generated renewable energy projects has spurred a rush for financing, a top executive said.

The crisis pushed President Cyril Ramaphosa to scrap licensing requirements in July for companies seeking to set up their own solar and wind capacity.

“That was a huge constraint,” Kenny Fihla, Chief Executive of Corporate and Investment Banking at Standard Bank told Reuters in an interview on Tuesday.

“The lifting of the limit on self-generation has actually just opened up the space for the private sector.”

Fihla said Africa’s biggest lender by assets has already disbursed around 40 billion rand of the 50 billion it had earmarked for sustainable projects this year. It expects to close the year having disbursed 65 billion to 70 billion rand, he said.

Standard Bank set a target to finance 250 billion to 300 billion rand worth of sustainable projects between 2021 and 2026 as part of a plan to cut its Scope 3 emissions, those caused by its financing of fossil fuel projects.

“We are likely to get to 250 to 300 billion possibly much sooner than the six-year time horizon,” he said.

Standard Bank has faced criticism from some shareholders and activists, who say it is not doing enough to cut its exposure to fossil fuel projects.

Controversial projects include past funding of coal-fired power plants, its advisory role in TotalEnergies’ 1,443-km (897-mile) East African Crude Oil Pipeline and its support for a major gas project in Mozambique.

“Our targets are not at all intended to prolong the use of oil or gas. That’s not the intention,” Fihla said. ($1 = 18.1451 rand) (Reporting by Joe Bavier and Promit Mukherjee; Editing by Emelia Sithole-Matarise) – Reuters