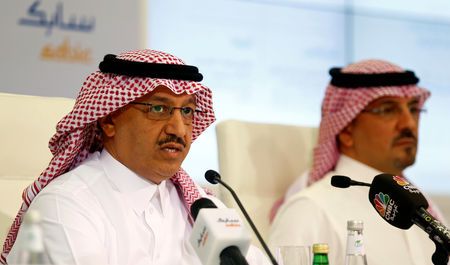 27 January 2019, Dubai — Saudi Basic Industries Corp, SABIC, expects to face challenges this year due to uncertainty over the impact of a global trade war on the United States and China, its major markets, the company’s chief executive said on Sunday.

However, the world’s fourth-biggest petrochemicals company said it has the ability to deal with such challenges and started to see stabilization in prices of some products after a steep decline toward the end of 2018.

SABIC reported a 12.4 percent drop in fourth-quarter profit compared to the year earlier period, missing analyst forecasts. The company attributed the fall to lower average selling prices and a decrease in the share of results of associates.

“We’ve seen stabilization for some of the prices, still there are some challenges ahead of us,” Chief Executive Yousef al-Benyan told a news conference in the Saudi capital.

SABIC will continue to boost its presence in its major markets — the U.S. and China, he added.

“We are part of the global economic system, we are always affected by challenges but we are able to adapt to these challenges in the best way.”

He said SABIC will continue to raise its presence in Africa, as it is seen a very promising market.

Benyan said he views Aramco’s move to “positively”, but further details are a matter for PIF and Aramco, which aims to become a global leader in chemicals.

He added the company will determine later if it needs to increase its 24.99 percent stake in Switzerland’s Clariant after the two companies decided to merge their high-performance materials businesses.

SABIC made a net profit of 3.24 billion riyals ($864 million) in the three months to Dec. 31, down from 3.7 billion riyals in the year-earlier period, the company said in a statement to the stock exchange.

That was lower than the average forecast of three analysts polled by Refinitiv, who expected SABIC to post a net profit of 4.92 billion riyals.

SABIC results are closely tied to oil prices and global economic growth because its products – plastics, fertilisers, and metals – are used extensively in construction, agriculture, industry and the manufacturing of consumer goods.