SADC explores use of natural gas for regional development 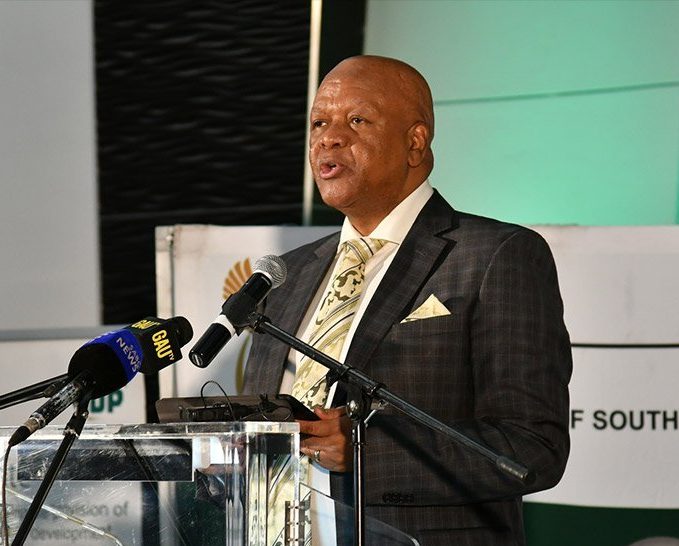 12 August 2018, Johannesburg — Southern Africa is exploring ways of harnessing the potential of the massive reserves of natural gas that exist to improve the energy situation in the region, and contribute to the regional energy mix, which is dominated by coal.

Chairperson of the SADC Energy Ministers, Hon. Jeff Radebe told a recent Ministerial Workshop on the Regional Gas Infrastructure and Market Development that Southern Africa has some of the largest deposits of natural gas in the world.

Angola has natural gas reserves estimated at 11 trillion cubic feet (tcf), while Mozambique has more than 180 tcf of gas discovered and there is potential for this to be doubled by 2030.

The United Republic of Tanzania has made significant gas discoveries and currently has more than 57 tcf of proven gas reserves.

In Namibia, there is about 1.3 tcf of proven gas reserves with an estimated potential of 9 tcf.

Development of the Kudu gas project is expected to address some of the energy challenges in Namibia.

Gas produced from the Kudu field will be transported through a 170-km pipeline to a power station that will be built and situated at Uubvlei, approximately 25 kilometres north of Oranjemund in southern Namibia.

The National Petroleum Corporation and its partners including NamPower will be responsible for the drilling of production wells, installation of subsea equipment and the floating production system, and gas production, as well as conditioning and transportation of the gas to the power plant.

Botswana, South Africa, and Zimbabwe have unconventional gas reserves in significant quantities in the form of coal-bed methane and shale gas.

To fully realize this potential, there is a need for SADC to develop innovative methods of exploring the resource.

“The natural gas reserves within the SADC region present a significant opportunity for industrialisation that can boost economic growth, create much-needed jobs and attract new investments in the region and increase significantly energy access,” Radebe, the South African Energy Minister, told a regional workshop held in June in Johannesburg.

“This enormous opportunity can only be realised if the region develops the requisite gas processing, transportation and distribution infrastructure to supply the regional market so that SADC will not only limit itself to being a gas exporter.”

In this regard, one of the plans being explored by SADC is the possibility of establishing a SADC natural gas industrial complex designed to interconnect the gas production value chain in the region.

This will involve making significant investments to set up gas processing, transportation, and distribution infrastructure that would efficiently link gas production centres to local and regional energy markets.

Examples of successful regional gas projects in Africa include the gas pipeline from Mozambique (Temane/Pande) to South Africa (Secunda) as well as the West African Gas Pipeline, involving Nigeria, Benin, Togo, and Ghana.

In addition to developing a natural gas industrial complex, there is a need for SADC to put in place viable and vibrant “policy and regulatory frameworks to make the development of this infrastructure a reality as well as attract investment.

“The economic benefits of gas extraction, infrastructure and market development in the SADC region is to stimulate productive activity and contribute positively to gross domestic product (GDP),” Radebe said.

The energy ministers noted that exploitation of the vast reserves of natural gas, shale gas and coal-bed methane that are available in SADC Member States would result in significant job opportunities and contribute billions of dollars to the regional GDP per year.

Natural gas has various potential uses in SADC. It can be used to generate electricity or as chemical feedstock in industrial processes or as fuel for vehicles. Another potential use of gas is in the production of fertilizers.

Therefore, the exploration of natural gas presents a significant opportunity for SADC to address its energy challenges and move forward the industrialisation agenda and deepen integration.

One of the key advantages of gas it that is has a low carbon emission profile, making it a cleaner energy source when compared with other fossil fuels. In addition to this, it is also affordable, secure and reliable.