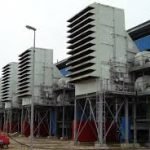 28 December 2018, Sweetcrude, Port Harcourt — Rivers State Governor, Nyesom Wike, has said that no amount of blackmail and propaganda will alter the termination of the sale of valued Rivers State assets to Sahara Energy Limited.

This came as the governorship candidate of the All Progressives Congress (APC) in Rivers State, Tonye Cole, said the decision of the state government to terminate the sales was a wrong signal to the business community on the safety of their investments in the state.

Cole, who is a co-founder of Sahara Energy Limited, while reacting to last week’s termination of the sale of valued assets of Rivers State to companies linked to him, said the move was political and sad for the development of the state, as the companies followed due process in the acquisition of the assets.

But, Governor Wike, speaking at the 2018 Ogbakor Etche  Convention in Okehi, said the termination of the sale of the valued state assets to Sahara Energy followed due process. He called on those aggrieved to seek redress in court.

The governor said that the Rivers State Government resolved to implement the White Paper on the recommendations of the Justice Omereji Judicial Commission of Inquiry to investigate the sale of valued state assets because there is no stay of execution stopping the administration.

“No amount of blackmail will change the situation. The courts are there for them to seek redress. Rivers and Lagos States are not the same. No single man can dictate what happens in Rivers State. We have different ethnic groups and culture.

“The Rivers State Government was not vindictive in terminating the sale of valued state assets to Sahara Energy Limited. One company used three subsidiaries to illegally acquire state assets.

“If there was any vindictiveness, it was on the part of those who used the State Government to deny Rivers people their valued state assets,” he said.

The governor said that the Minister of Transportation and godfather to Tonye Cole, Chibuike Rotimi Amaechi, lost at the High Court and Court of Appeal when he tried to stop the implementation of the recommendations of the Judicial Commission of Inquiry.

Governor Wike said the Minister of Transportation and his business partner illegally bought over state assets with a plot to install Tonye Cole for the purchase of more state assets.

“Rivers people have come to know that only one person bought all their assets. He came and took what belongs to the entire state. Now they want to acquire more”, he said.