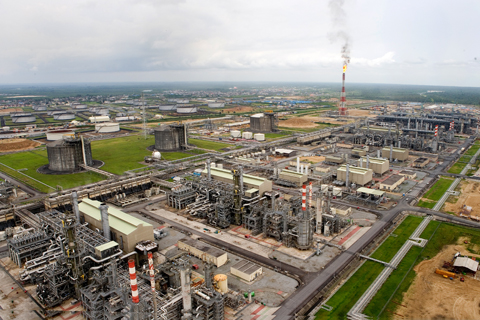 18 May 2018 Sweetcrude, Lagos — The Petroleum and Natural Gas Senior Staff Association of Nigeria (PENGASSAN) has commended the House of Representatives’ decision to caution the Federal Government to suspend the proposed sale of her shares in Nigerian Liquefied Natural Gas (NLNG).
Reacting to the call by the House of Representatives on the urgent need to stop the sale of the gas company, PENGASSAN National Public Relations Officer, Comrade Fortune Obi, said this is in tandem with the position on the need for the government to retain its shares’ ownership in the company.
He also stated that the NLNG model has been the best option so far and should be replicated in other Government failed ventures such as the refineries and others.
Re-echoing the House of Representatives’ motion, Comrade Obi stated that the NLNG is one of the most successful ventures that Nigeria has embarked upon since its inception, adding that the international community would perceive Nigeria as a country that is inconsistent in policy and will not take its desire for foreign investments seriously.
He noted that the losses that would accrue from the sales of the NLNG far outweighed its gains, as rather than selling the asset, there are other options the government may adopt to resuscitate the economy.
The PENGASSAN spokesperson said that about 18,000 jobs in the sector will be affected if the proposed plan is carried out, stating that government should explore other options to fund the economy rather than selling a viable company like NLNG which dividends was used to kick start and finance the economy when Nigeria was in recession.
“NLNG has bailed out Nigeria when the country was in recession as proceeds from its dividends were used to finance the economy. Those investors who were clamouring for the FG to sale her shares in NLNG should find another means of injecting their resources into the economy instead of buying a successful company.
“In the alternative, they should set up their own LNG project and help the country in utilising its large gas reserves as well as eradicating gas flaring in the country,” he said.