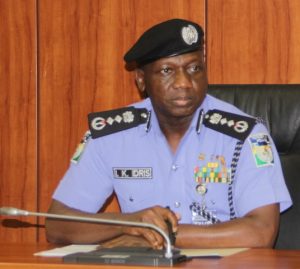 04 November 2018, Sweetcrude, Lagos — Sapele Power Plc, SPP, is the owner and operator of the 1,020MW Sapele Power Plant. During the power privatisation exercise, SPP, along with its assets which include two storage tanks and a jetty located within the power plant, was acquired by Eurafric Power Limited.

Sometime in 2016, Seistech Energy Limited, an oil and gas company, approached SPP for the lease of one of its storage tanks in the plant for storage of crude oil produced by Mid-Western Oil & Gas Company Limited. A Storage Lease Agreement dated September 6, 2016 was negotiated and executed.

Sapele Power says Seistech had now failed to meet the terms of the agreement and has resorted to intimidation, attempt to forcibly takeover its facilities and threat to life, among others.

The company also alleges complicity of the Police in the matter for which it has petitioned the Inspector General of Police, asking that he puts a stop “to the use of the police to perpetuate illegality”.

In a petition to the police highlighting the details of the contract with Seistech and how the company was using the police to intimidate its workers, the company said: “Sometime in 2016, Seistech Energy Limited (Seistech), an oil and gas company, approached us for the lease of one of our storage tanks in our facility for storage of crude oil produced by Mid-Western Oil & Gas Company Limited, A storage lease agreement dated September 6, 2016 was wilfully negotiated and executed by both parties without cause for concern.

“Rather than look for creative means of liquidating its indebtedness, Seistech chose to cunningly cook up lies and misinform our business partners, regulatory authorities and unsuspecting third parties that the rented tank did not belong to SPP, rather, belonged to Seistech.

“As a result of this development, we terminated the tank rental contract with Seistech and asked them to pay up outstanding rental debt, evacuate the products from the storage tank in question and vacate our premises immediately.

“Instead of complying, Seistech surreptitiously and continuously sought ways to defraud us by evacuating product in storage without settling its indebtedness (presently in excess of N600,000,000 (Six Hundred Million Naira). So far, its threats and activities have impeded our activities and smooth operations of the power plant”.

It said its several petitions to the police to check the activities of Seistech have not yielded any result.

“Mr. Akpovi Oyo of Seistech has severally boasted in the plant that the IGP is the owner of Seistech, thus with the support of the police, they will evacuate the tank by any means without settling their debt,” the company said.

It also alleged that Mr. Ben Odoko, Managing Director of Seistech has severally claimed that “he has the backing of the IGP and he has mobile policemen in place to takeover the facility and evacuate their tank without paying”.

And true to these claims, the policemen have always obeyed very instruction from Seistech against Sapele Power.

According to Sapele Power, Seistech, not relenting in its plan to defraud SPP, instituted a civil suit against SPP at the Federal High Court Lagos, challenging SPP’s title to its tank farm and jetty.

Rather than wait for the outcome of the matter, Seistech and Midwestern sought clearance from the Nigerian Ports Authority (NPA) to berth a vessel at the jetty to enable them forcibly evacuate the tank cargo. The request was rejected by NPA.

The company noted that out of desperation, Seistech got the State Police headquarters in Asaba to file trumped up charges against the Administration Manager of SPP, claiming that he vandalised oil installations, deliberately concealing the fact that the pipeline in question is property of SPP located within SPP’s premises.

It also alleged that “with the support of the police, Seistech now claims to be the owner of the tank farm and jetty, intimidates and threatens staff of SPP and trespasses SPP’s property”.