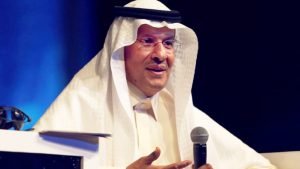 Riyadh/Dubai — Saudi Arabia has asked state agencies to submit proposals for cuts of at least 20% to their budgets in a fresh austerity drive to cope with a sharp drop in oil prices, four sources familiar with the matter said.

They said the requests were made more than a week ago due to concerns about the impact of the coronavirus epidemic on crude markets and ahead of the collapse of an oil output deal between OPEC and its allies on Friday.

One of the sources told Reuters that when the budget requests were sent, Saudi officials had been anticipating difficult talks with Russia over the need for deeper output curbs to stabilise markets. Moscow did reject the proposal, triggering a war for market share between the two countries which has sent crude prices plummeting.

“The oil market was already down due to the coronavirus impact on demand from China, plus there were communications at the (Saudi) sovereign level and the Russians weren’t positive,” the source said.

The Saudi finance ministry instructed government agencies to submit proposals for cuts of between 20% and 30% in their 2020 budget, the four sources said. The sources declined to be identified as the cuts have not been made public.

The foreign ministry has already implemented a 20% cut, one of the sources said, adding that the cuts will not impact salaries but projects could be postponed and contracts yet to be awarded could be delayed.

The foreign ministry referred Reuters request for comment to the finance ministry which did not respond.

Economists expect Saudi Arabia’s budget deficit to climb from 4.7% of GDP in 2019 to double-digit percentage territory. The government projected a deficit of 6.4% in December.

Thanks to ample foreign reserves, Saudi Arabia can live with lower crude prices if the face-off with Russia continues but may need to increase borrowing in addition to spending cuts, analysts have said.

Riyadh ratcheted up the standoff with Moscow on Tuesday by announcing it would raise its crude supply to a record high in April and appeared to reject Russian overtures for new talks.

Even before the directive, Riyadh had reduced spending in its 2020 budget, reversing three years of expenditure increases intended to spur growth. It has also taken measures to narrow the gap by diversifying revenue streams with taxes and economic reform.

Saudi Arabia has been running a budget deficit since oil prices plunged in 2014, when the kingdom scrapped a strategy of supporting prices in favour of a grab for market share.