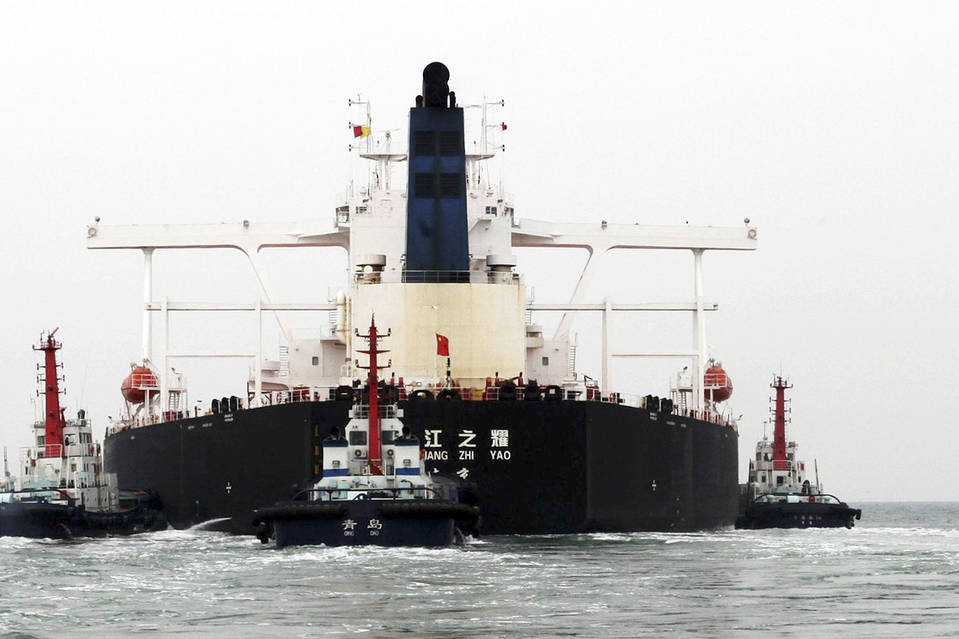 Dubai — Saudi Arabia is looking into re-routing millions of barrels of oil onboard tankers sailing to the United States if President Donald Trump decides to block imports of crude from the kingdom, shipping and trade sources say.

Some 40 million barrels of Saudi oil are on their way to the United States and due to arrive in the coming weeks, piling more pressure on markets already struggling to absorb a glut of stocks, according to shipping data and sources.

U.S. officials have said in recent days that Washington is considering blocking Saudi shipments of crude oil, or putting tariffs on those shipments, adding to difficulties for the cargoes now on the water.

Shipping sources said the kingdom had tried to seek storage options for the cargoes from tanker owners when the ships were chartered last month, but many pushed back given booming rates and not wanting tied up vessels.

Two sources said Saudi Arabia was looking into whether it could re-route the cargoes elsewhere if the United States halted imports.

Saudi Arabia’s state oil company Saudi Aramco said it is committed to its long-term contracts with its customers with deliveries of crude shipments for April, May and June.

Aramco also “offers its larger customers with refineries in multiple regions of the world optionality to take their crude purchases from Aramco into the region,” the company said in a statement to Reuters.

“Changes in ship destinations are routine in the course of our business, particularly in a company of our scale.”

Oil traders active in European and Asian markets said there was expectation that the Saudis would look to divert the cargoes to other markets if a ban was imposed, in a move that would then put huge pressure on storage tanks in those two regions.

“Europe looks full, but surely if the Saudis offer it at really cheap levels, buyers would take it,” a source with an international trading firm said. “Some still have storage spaces or may agree to float it for some time.”

A source at a separate oil trading firm active in Asia said they expected many of the barrels that were bound for the United States to flow to the region if exports were blocked.

The slump in demand triggered by the novel coronavirus and the hunt for storage options had prompted the United States to consider such action.

U.S. senator Ted Cruz said on Twitter on Tuesday: “My message to the Saudis: TURN THE TANKERS THE HELL AROUND.”
Shipping data showed 19 supertankers – each capable of carrying 2 million barrels of oil – were sailing to key U.S. terminals, especially in the U.S. Gulf.

“This could prove to be a very expensive exercise for Saudi Arabia as whatever happens with the cargoes and the tanker owners will need to be paid demurrage (for the ships) and those costs would have been locked in when the market was higher to secure the charters,” a shipping source said.

“While this is an expensive gamble for the Saudis, shutting off production would have been proved even more costly.”
Additional costs, known as demurrage, were estimated at $250,000 a day based on rates last month when a lot of vessels were booked.

Daily tanker rates soared to nearly $300,000 in the past month and though they have retreated to $150,000 a day this week, they are still significant and would be in addition to other costs including insurance if the ships are held up.

U.S. REFINERS PULL BACK
Refiners have been largely absent from oil markets in the United States in recent days as they slash processing rates and as demand dries up, physical oil market sources said.

“There is more reluctance now with fresh shipments as refiners in the U.S. have no homes for the oil,” another shipping source said.

Marathon Petroleum, Exxon Mobil, Chevron and Phillips 66, among the biggest U.S. buyers of Saudi crude, did not immediately respond to requests for comment.

Most of the large buyers of Saudi oil are along the West Coast. The region accounts for about half of all Saudi crude imports to the United States, according to the EIA. Storage there was already 65% full as of April 10.

The Gulf Coast is the second biggest destination in the United States for Saudi oil, and storage there was about 55% full.

U.S. crude futures crashed on Monday, with the front-month May contract, which expired on Tuesday, settling at negative $37.63 a barrel. That steep fall came as traders scrambled to get out of the contract to avoid taking delivery of barrels due to a lack of storage.

The imminent arrival of the cargoes comes at a time when the main U.S. storage hub in Cushing, Oklahoma, the delivery point for WTI crude, is expected to be full within weeks.

President Trump said on Monday he would “look at” possibly stopping Saudi shipments to the United States.