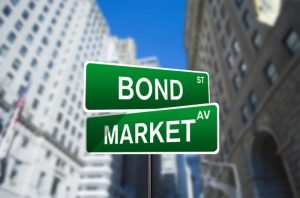 Dubai — Saudi Arabia began marketing a dual-tranche benchmark U.S. dollar-denominated bond sale on Tuesday with tenors of 12 and 40 years, a document showed, as it seeks to plug a large fiscal deficit.

The world’s top oil exporter has taken a severe blow from the pandemic, which, along with an oil price war between Saudi Arabia and Russia last year, sent oil prices tumbling.

The kingdom gave initial price guidance of around 165 basis points over 10-year U.S. treasuries for the 12-year tranche and around 3.75% for the 40-year bonds, the document from one of the banks on the deal showed.

“The Government expects to finance the budgeted deficit for the fiscal year 2021 primarily through a combination of raising domestic and external indebtedness, to the extent necessary,” according to a bond prospectus seen by Reuters.

Its fiscal balance programme foresees the ratio of public debt to nominal GDP reaching up to 30% by 2023, the prospectus said.

Saudi Arabia hired Goldman Sachs International, HSBC and JPMorgan as global coordinators for the debt sale, which is expected to close later on Tuesday.