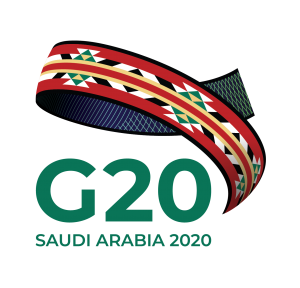 Riyadh — The G20 leaders summit will be held virtually‮ ‬on Nov. 21-22, Saudi Arabia said on Monday, as the COVID-19 pandemic thwarted Riyadh’s hopes of hosting the gathering in the kingdom to boost its international standing.

Saudi Arabia, the world’s top oil exporter and a leading U.S. ally, took over the G20 presidency at a time of heavy global criticism of its human rights record after the 2018 murder of journalist Jamal Khashoggi and of the Yemen war.

Riyadh has sought to turn attention to reforms launched by de facto ruler Crown Prince Mohammed bin Salman to open up the kingdom and diversify its economy.

King Salman, who had surgery in July, will chair the November summit, a G20 Saudi secretariat statement said.

Saudi leaders had hailed the kingdom’s G20 presidency as proof of its leading role in the global economy, but the majority of the meetings have been held virtually due the novel coronavirus.

The summit will focus on “protecting lives and restoring growth, by addressing vulnerabilities uncovered during the pandemic and by laying down foundations for a better future,” the statement said.

The Group of 20 major economies have this year contributed over $21 billion to support measures such as the production and distribution of vaccines to fight the coronavirus outbreak.

They have injected $11 trillion to stem the economic impact of the pandemic and launched a debt suspension initiative for the world’s poorest countries aimed at deferring some $14 billion in debt payments due this year.

Ahead of hosting the G20 summit, Saudi Arabia jailed eight people for between seven and 20 years for Khashoggi’s killing in the kingdom’s Istanbul consulate. Saudi officials denied Prince Mohammed played a role, but in 2019 he indicated some personal accountability, saying “it happened under my watch”.

Riyadh has also been trying to exit the costly conflict in Yemen, where a Saudi-led coalition has been battling the Iran-aligned Houthi group for over five years in what is widely seen in the region as a proxy war between Saudi Arabia and Iran.