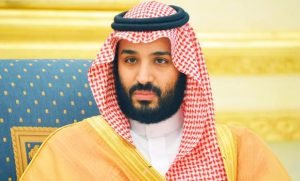 25 October 2018, News Wires — Saudi Crown Prince Mohammed bin Salman said on Wednesday the kingdom will continue with reforms and spending on infrastructure, predicting the economy will grow by 2.5 percent this year.

Speaking at an investment conference in Riyadh, the crown prince also said he expected economic growth next year to be higher.

Higher oil prices has helped Saudi Arabia’s economy grow in the second quarter at its fastest pace for over a year, according to official data.

Gross domestic product, adjusted for inflation, expanded 1.6 percent from a year earlier in the April-June quarter. That was up from 1.2 percent in the first quarter and the fastest growth since the fourth quarter of 2016.

The pick-up was mainly due to the government sector, where growth jumped to 4.0 percent from 2.7 percent as authorities boosted spending, the data showed.

The crown prince also said the kingdom would press ahead with a war on terrorism.