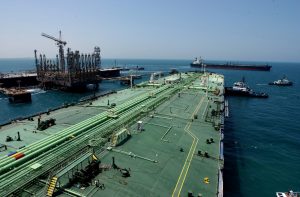 London — Saudi Arabia’s crude exports dropped steeply following the Sept. 14 attacks and remain lower month-on-month, according to export figures, a tangible sign that supplies to the market are being curbed even as production recovers.

A report from tanker-tracking firm Petro-Logistics, seen by Reuters, said crude exports averaged 5.875 million barrels per day in the 10 days since the attacks, down 1.494 million bpd from shipments in the first 13 days of the month.

The attacks on two Saudi oil plants shut down 5.7 million bpd of production and caused crude prices to jump by 20% to $72 a barrel. Prices have since fallen as Riyadh is restoring production rapidly, meaning the dip in exports may be brief.

“Loadings are expected to regain tempo in coming days,” Petro-Logistics said in the report dated Sept. 23. “Our analysts have identified 16 tankers which are expected to load over the coming two days.”
Also Read: AfDB to scrap coal power stations across Africa

The Petro-Logistics data suggests Saudi crude exports are averaging about 6.70 million bpd in September, two sources that have seen the company’s reports said, a drop of about 300,000 bpd from August.

Saudi officials said the kingdom managed to maintain supplies to customers by drawing from its huge oil inventories and offering other crude grades from other fields.

Petro-Logistics and Kpler are among a number of companies that track oil shipments using satellite data and other methods because flows in the 100 million bpd global market are not always transparent.