Saudi energy minister goes to OPEC with a weak hand 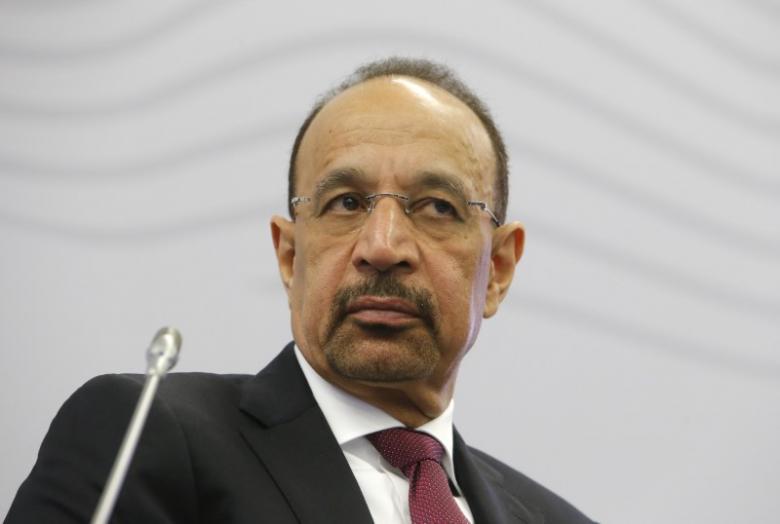 30 November 2018, News Wires — Saudi Arabia’s energy minister, Khalid al-Falih, must play a bad hand of cards as well as he can at next week’s meeting of OPEC and non-OPEC oil producers in Vienna.

Falih’s challenge is to get other countries on board with output cuts to avert another crash in oil prices next year while disguising the kingdom’s diminishing leverage in the oil market.

Front-month Brent futures have fallen by a third since the start of October while the six-month calendar spread is in contango, indicating most traders expect the market to be oversupplied in 2019.

The market outlook is strikingly similar to 2014, with production from U.S. shale surging while consumption growth slows as the global economy falters.

But in one respect the situation is even more uncomfortable because Saudi Arabia’s official foreign reserves are down to just over $500 billion, from almost $750 billion in June 2014.

The kingdom probably needs to keep several hundred billion dollars’ worth of reserve assets on hand to maintain confidence in its fixed exchange-rate peg to the U.S. dollar and prevent a run on the currency.

The kingdom can ill-afford another slump in oil revenues so soon after the last one, which suggests it will have to cut production, while trying to cajole other OPEC and non-OPEC countries to share the burden.

At the same time, any cuts must avoid provoking a political reaction from the United States, where the president has continued to press for even lower oil prices.

In November 2014, Saudi Arabia chose to maintain production and allow prices to fall, which temporarily halted the U.S. shale boom but wrecked the kingdom’s finances and pushed its economy into recession.

In December 2016, Saudi Arabia opted to cut production, which boosted prices and stabilised the kingdom’s finances and economy but also revived the shale boom and cost it oil-market share.

The 2014 market-share strategy, associated with Falih’s predecessor as oil minister, Ali al-Naimi, is often characterised as a failure, though it did manage to restrain U.S. shale production for a time.

By contrast, the price-defence strategy of 2016, involving coordinated output cuts with other OPEC and non-OPEC countries, has been hailed as a triumph, even though it reinvigorated the shale boom.

But Naimi warned repeatedly that the burden of OPEC and non-OPEC production cuts would fall most heavily on Saudi Arabia and the main beneficiaries would be U.S. shale producers, and time has proved him correct.

Saudi Arabia shouldered a disproportionate share of the cuts in 2017/18, just as it had done during earlier cuts in 2008/09 and 2003/04. Russia’s production was broadly unchanged or increased during all three episodes.

In the current environment, the kingdom must do everything possible to prevent another price crash, which means it has little option but to cut its own production significantly.

Saudi Arabia cannot afford another slump in oil prices. It needs to keep revenues high to help its economy climb out of recession and finance ambitious social and economic transformation programmes.

Now the kingdom is trying to assemble some diplomatic cover for cutbacks it will almost certainly have to make anyway.

In the run-up to next week’s meetings in Vienna, Falih has indicated Saudi Arabia is ready to cut output again but only in conjunction with other producers (“Saudi Arabia wants united front on oil output”, Reuters, Nov. 28).

“We are going to … do whatever is necessary, but only if we act together as a group of 25,” Falih told reporters, referring to the Organization of the Petroleum Exporting Countries and its allies. “As Saudi Arabia we cannot do it alone, we will not do it alone.

“Everybody is longing (to) reach a decision that brings stability back to the market … I think people know that leaving the market to its own devices with no clarity and no collective decision to balance the market is not helping.”

If the past is any guide, however, Saudi Arabia will do most of the cutting, Russia’s output will end up little changed, and the main beneficiaries will be U.S. shale firms.

Saudi Arabia’s fundamental problem is structural rather than diplomatic: every time the kingdom tries to raise prices by restricting its output, it only encourages more increases in U.S. shale production.