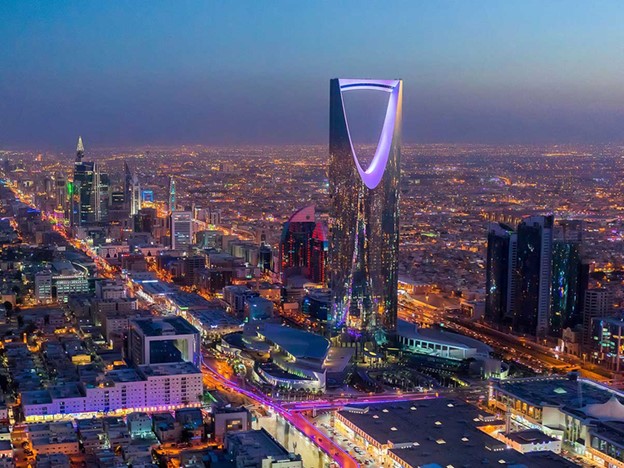 DUBAI — Saudi Arabia’s non-oil private sector grew for the seventh straight month in March, albeit at a slower pace, with output and new orders expanding more moderately than a month earlier, a survey showed on Monday.

The seasonally adjusted IHS Markit Saudi Arabia Purchasing Managers’ Index (PMI) fell slightly to 53.3 in March from 53.9 in February, remaining above the 50 mark that separates expansion from contraction.

The overall index has fallen from a recent peak of 57.1 in January, indicating the recovery from the COVID-19 pandemic has lost some momentum.

“The pandemic and associated restrictions continued to trim new business growth, according to respondents, contributing to a more downbeat outlook for business activity over the next 12 months,” said David Owen, economist at survey compiler IHS Markit.

“This largely reflected doubts about clients’ willingness to spend as well as the short-term boost to the economy from the vaccine rollout, with some firms expecting market activity to remain subdued until the second half of the year.”

The output subindex slipped to 56.2 from 56.9, dropping further from the 15-month high hit in January and below the series average of 61.5.

The employment subindex, while remaining in contractionary territory, was just below the 50 mark and at its second-highest since February last year.

More than 87% of the firms surveyed gave a neutral forecast for future output, indicating caution among some companies about the speed of the recovery from the pandemic, while 11% expected activity to rise.

“While businesses were hopeful that output would expand over the coming 12 months, the degree of optimism continued to dwindle during March. Notably, the Future Output Index fell to the lowest since last June, but was above the 50.0 no-change threshold,” the PMI report said.