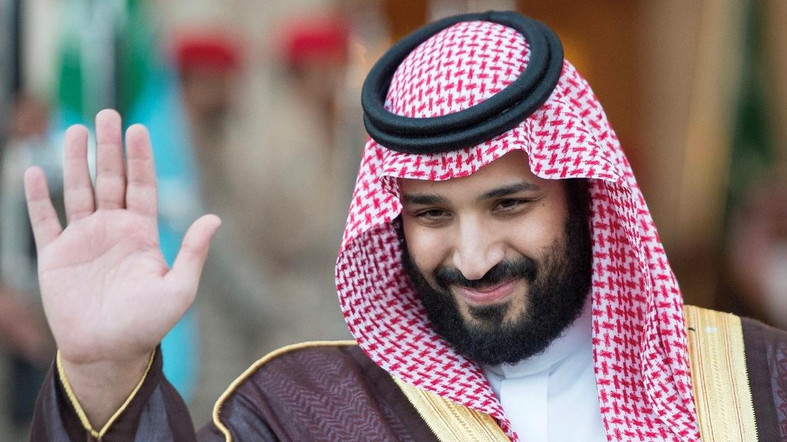 *Kingdom to curb 1 million b/d of supply in February, March
*Crude surged to 10-month high above $50 a barrel in New York

London — Saudi Arabia surprised the market with a large cut in crude production, a bold assertion of primacy over the global oil industry that came directly from the kingdom’s de-facto ruler.

The move papered over cracks in the OPEC+ coalition and was a U-turn from some recent Saudi oil-policy priorities, but those things paled in comparison next to the global impact of the decision. Crude prices jumped to a 10-month high and shares of energy giants in London and shale drillers in Texas surged.

“We are the guardian of this industry,” Saudi Energy Minister Prince Abdulaziz bin Salman said as he gleefully announced the cut on Tuesday. “This gesture of goodwill made by our leadership, in the name of His Royal Highness the Crown Prince Mohammad bin Salman.” 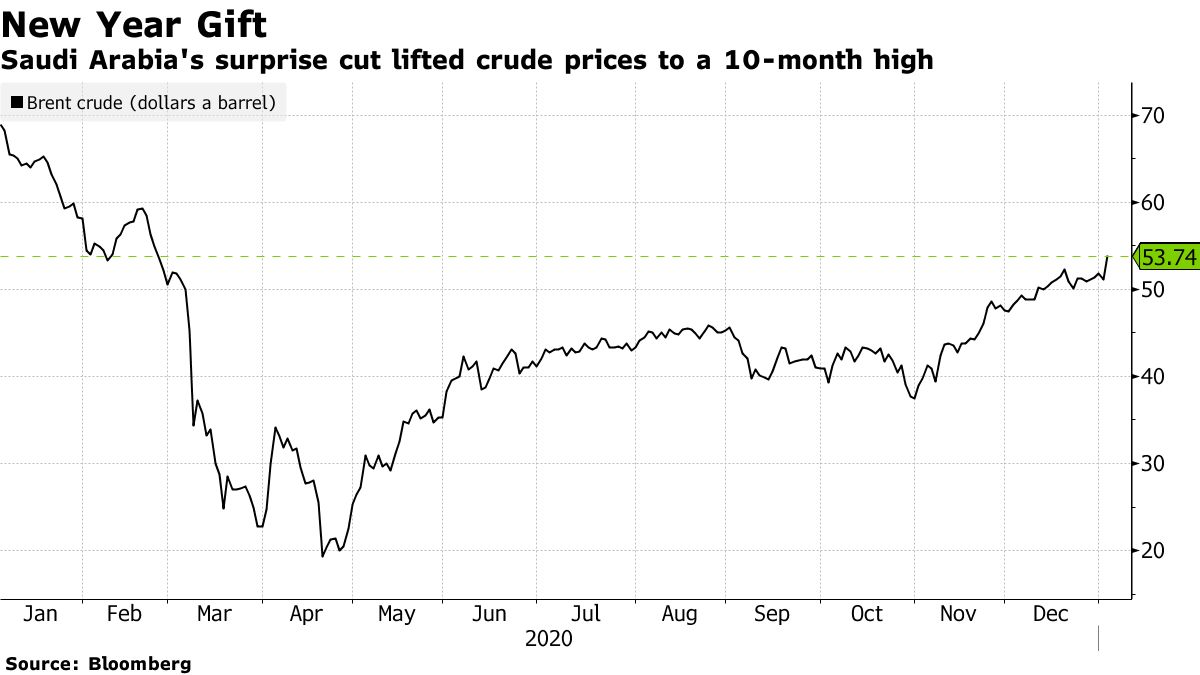 Saudi Arabia’s surprise cut lifted crude prices to a 10-month high
Since the start of the week, the oil market has been focused on the meeting between the Organization of Petroleum Exporting Countries and its allies. Since late December, Russia had been pushing for a supply hike of about 500,000 barrels a day for February, and there was reason to think it would prevail.

Saudi Arabia shattered those assumptions, pledging an additional unilateral cut of 1 million barrels a day in February and March, while most of the rest of the group kept output steady. Russia and Kazakhstan were permitted to add a combined 75,000 barrels a day of supply in each of those months, a token increase that Iranian Oil Minister Bijan Namdar Zanganeh said would barely register on the market.

Many investors were completely wrong-footed. West Texas Intermediate crude surged more than 5%, rising above $50 a barrel for the first time since the coronavirus pandemic took hold. The price difference between WTI futures for delivery in the final months of 2021 and 2022 — a spread known as Dec-Red-Dec that’s favored by oil-focused hedge funds — surged to a one-year high, forcing bearish investors to buy back their bets.

It was a calculated move from an oil superpower that had previously warned speculators to watch their backs.

”We have the responsibility of looking after the market, and we will take all necessary actions. I have said this repeatedly and even advised that no one should bet against our resolve,” Prince Abdulaziz said in an interview with Bloomberg News after the OPEC+ meeting. “Those who have listened are now bearing the fruits; the others — good luck with their ouching.”

Most OPEC+ countries got at least part of what they wanted from Tuesday’s deal, but the contortions that were necessary to secure a consensus show the fragility of the alliance.

The production increases granted to Russia and Kazakhstan, which Prince Abdulaziz said were necessary for seasonal reasons, ran counter to the longstanding Saudi mantra that all OPEC+ members should take their fair share of the burden of cuts. Countries including Nigeria, Iraq and the United Arab Emirates, have seen their past requests for special allowances to increase production rejected.

“Saudi Arabia appears to have set aside its pledge to no longer do all the heavy lifting for OPEC and its allies,” said Bill Farren-Price, a director at research firm Enverus. “This, and the positive price impact, will lessen compliance from others. That is the inevitable consequence.”

The deal also highlighted the different priorities of the two de-facto leaders of OPEC+. Saudi Arabia prefers to sacrifice sales volume in exchange for higher prices, while Moscow wants to boost production before U.S. shale producers can fill the gap.

Russian Deputy Prime Minister Alexander Novak publicly welcomed Saudi Arabia’s move, telling reporters that “it’s a great New Year present for the whole oil industry.” But behind closed doors, he had asked the Saudi minister not to go ahead with the move.

“From Russia’s perspective, if OPEC+ is not willing to lift production by just half a million barrels a day in a $50 market, then, by the time the group is willing to boost output, it may well have already lost market share,” said Amrita Sen, co-founder of consultant Energy Aspects Ltd.

The kingdom “is not only offering a soft pillow to the oil market, but also a full set of blankets, bed covers and most likely the bed itself,” said Bjornar Tonhaugen of consultant Rystad Energy A/S.
*Javiar Blas, Grant Smith & Salma El Wardany — assisted by Dina Khrennikova, & Olga Tanas – Bloomberg