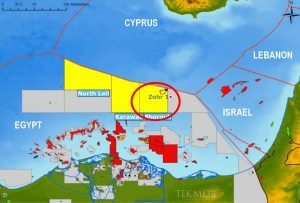 This development will increase installed capacity by 400 million cubic feet per day (MMcfpd), with Zohr now holding a total capacity of 800 MMcfpd, which is equivalent to 150,000 barrels of oil equivalent per day.

The Zohr field, which is the largest gas discovery ever made in Egypt, was discovered in August 2015. Eni holds a 60 percent stake in the Shorouk Block, with Rosneft holding a 30 percent stake and BP plc holding the remaining 10 percent interest.

In March 2018, Eni agreed to sell a 10 percent stake in the concession to Mubadala Petroleum.

Eni has been present in Egypt since 1954, where it operates through its subsidiary IEOC. The company is the country’s leading producer with equity of about 250,000 barrels of oil equivalent per day.