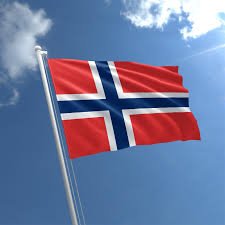 The Norwegian Oil and Gas Association (NOG) and Gassco warned on Thursday that the Nyhamna processing facility, which handles about a quarter of Norwegian gas exports, will be closed unless a strike among security guards is called off.

Some 2,300 security guards organised by the Norwegian Union of General Workers (NAF) are on a nationwide strike over pay, and an additional 85 are scheduled to strike from Saturday.

NAF and the NHO group representing security firms said talks were deadlocked and the strike was expected to go ahead.

“We’ve accepted a gradual shutdown of the facility,” the NHO’s Federation of Service Industries and Retail Trade said in an emailed statement.

“There is no movement on either side,” NAF spokesman Terje Mikkelsen told Reuters.

Exports from Nyhamna, which has a capacity of 84 million standard cubic metres (mcm) of gas per day, will be cut by 50 mcm on Saturday, Gassco said.

The shutdown is planned to start in the early hours of Saturday, Gassco’s systems operations chief Alfred Hansen said.

The overall impact on the market was less than the plant’s 84 mcm capacity, Gassco said, partly because of possibilities for compensating from other sources.

Neverteless, the price of British wholesale gas for delivery next week increased by 7.7% and other contracts also rose.

The Nyhamna plant processes natural gas from the offshore Ormen Lange and Aasta Hansteen fields, which are also expected to close when the plant shuts down.

The Norwegian government, which can invoke emergency powers to end workplace conflicts, reiterated on Friday it was closely monitoring the situation.

Governments have often been reluctant to intervene, only doing so when lives or national interest are considered at risk.