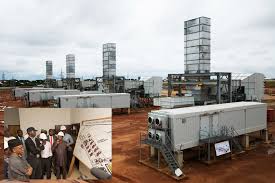 The Co-Chairman of the joint committee and Chairman, Senate Committee on Gas, Sen. Bassey Akpan, who made this known in an interview in Abuja, said the Kaduna plant oversight was part of the committee’s investigation into alleged inconsistencies in contract implementation of the facility and its failure to generate electricity.

He said similar oversight would be conducted in other gas plants across the country to ascertain their functionality.

He said, “We are doing on-the-spot assessment of the plant and we will also be visiting every other gas-producing facility across the country, next week. The revelations we have are quite disheartening. By the time we are done and we do our final report, it will be an eye-opener on the rot in the power sector.

“The minister will definitely appear before us because he is not bigger than the Senate. We will give another date by the time we are done with the site visits.”

Akpan said the committee would see to the end of the investigation, adding that, “if we must move forward as a country we must do the right thing.”

The joint committee had at its investigative hearing on November 27, ordered suspension of the planned commissioning of the 215Mw Kaduna Power Plant over inconsistencies in contract implementation pending conclusion of its investigation.

The committee had expressed dissatisfaction with reasons given by the Permanent Secretary, Ministry of Power, Mr. Louis Edozie, who defended change of parameters of the plant from gas-powered to diesel-powered plant.

It expressed reservation with the rationale behind converting the plant from gas-powered to diesel, which was more expensive. The committee also expressed displeasure with the discrepancies in contract figures presented by the Ministry of Power and the consultant handling the project.

The Senate had on June 15, 2017, mandated the joint committee to investigate the Kaduna 215-Megawatt Power Plant’s failure to generate electricity.

The project was approved in 2009 with an expected completion date of 2012.