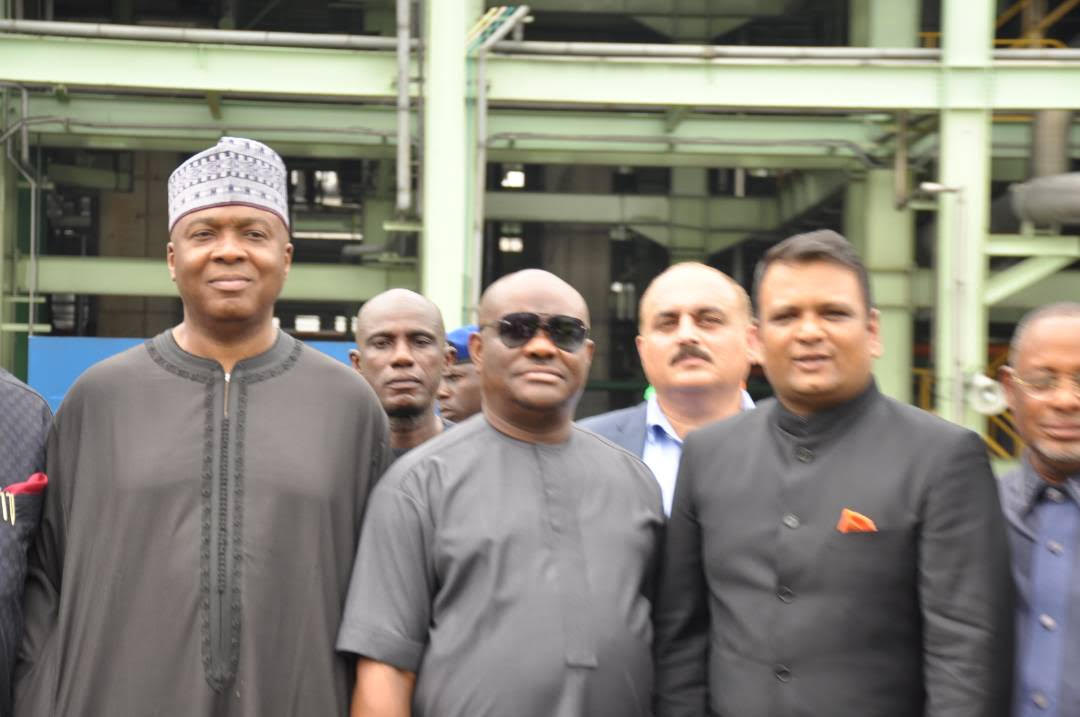 This is as the Rivers State Governor, Nyesom Ezenwo Wike declared that the $3.2billion (USD) for the development of Indorama Eleme Fertiliser and Chemicals Limited is an investor’s destination.

The Senate President tacitly endorsed the Rivers State Governor, Nyesom Ezenwo Wike for a second term when he declared he will be in office in 2021 when the Train two of the Fertiliser Plant will be commissioned.

Performing the flag off, Senate President Bukola Saraki said with $3.2billion invested in Rivers State by the foreign investors, it shows that Rivers people are receptive to investors.

He said: “I am congratulating the people of Rivers State for creating the right environment for this investment. I like the example that Rivers people are setting for others to follow”.

The Senate President noted that the successful production of urea in Rivers State, which is used mostly by northern farmers underscores the need for national unity.

“Urea Fertiliser products are used by farmers, especially in the northern part of the country. That tells us that we must unite. We must support ourselves irrespective of party affiliation.

“Without peace, there will be no urea. For all of us in Nigeria, let’s work in the interest of our country “, he said.

The governor said Nigeria cannot diversify the economy without developing the agricultural sector.

While commending the management of Indorama, the Senate President noted the National Assembly will support the growth of the plant.

In his address, Rivers State Governor, Nyesom Ezenwo Wike said that Indorama has performed creditably through quality investments in the state.

Governor Wike said that the Rivers State Government will sustain the creation of a peaceful environment for the protection of Indorama’s investment.

“We are beneficiaries of the dividends of Indorama Eleme Fertiliser and Petrochemicals Limited. We are happy with the management of the company “, he said.

The governor wondered why anyone would say that Rivers State is not safe for investments when the Foreign Direct Investment by Indorama has hit $3.2billion.

“I am happy that within my time as Rivers State Governor, we commissioned the first train and the flag off of the second train for the Fertiliser Plant.

He said it is a replication of the first train, which also has a capacity for 1.5millilon metric tonnes. Mundra said this would bring Indorama fertilizer production to 3million metric tones.

He said that $3.2billion has been invested by the company over the years. According to him, that is the highest investment by any foreign investor in the last 25 years.