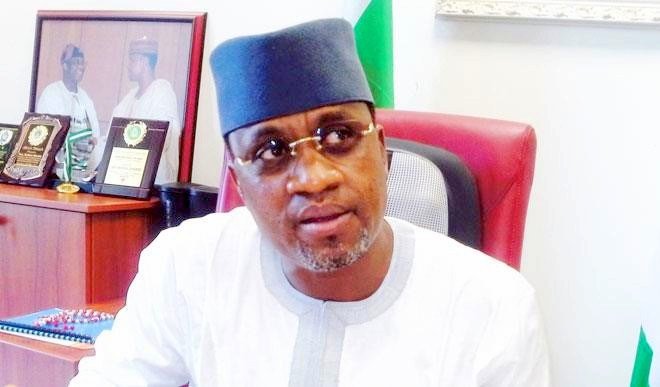 26 April 2918, Sweetcrude, Port Harcourt — The Chairman, Senate Committee on Petroleum Downstream, Sen. Kabiru Marafa, has assured the people of the Niger Delta region, that the Petroleum Host Community Bill will be passed before the long vacation of the Senate.

Marafa said the eight Senate under the leadership of the Senate President Dr. Bukola Saraki, attach so much importance to the development of the petroleum industry.

Speaking when he led a delegation of the Senate Sub-Committee on Petroleum Industry Bill, PIB to the Rivers State Government House in Port Harcourt, Marafa said they were in the state to meet with the oil producing communities in the region.

He explained that the PIB was segmented into four separate parts to ease its passage, adding that the seemingly delay in the passage was because the Senate is adding a robust component for ease of passage and amendment in the future.

According to him, “On the assumption of office, the eight National Assembly took it upon itself to give the industry a new lease of life by breaking the jinx to pass the Petroleum Industry Bill once and for all.

“The initiative saw to the breaking of the bill into four components for ease of passage and amendment in the future. One of the very critical areas of the bill is the host community bill, which became a very trending issue in all the previous Assemblies.

“The Senate started with the PIGB, when discussion came on the floor, a lot of our colleagues from oil producing communities were not happy because they felt it was a ploy to just pass the governance bill and forget about the host community bill, which is very important to the communities that they represent and Nigeria in general.

“What we are witnessing today is part of the final lap before the bill becomes a reality, by God’s grace,” Sen. Marafa said.

Responding, Rivers State Governor, Nyesom Ezenwo Wike, disclosed that the passage of the Petroleum Host Communities Bill will give oil producing communities a sense of belonging.

Governor Wike said that the bill when passed will address the challenges faced by oil producing communities, adding that setting aside a certain percentage of funds for the development of host communities is vital.

“The oil producing communities are bedevilled with all kinds of environmental challenges. The passage of the host communities bill will give them a sense of belonging.”

Governor Wike added that the passage of the bill will also enhance the security of petroleum pipelines because of the involvement of the host communities in the production process.

He urged the Senate sub-Committee on Petroleum Industry Bill to visit all oil producing communities for the necessary interaction as regards their peculiar needs.