Senegal delays oil licensing round by a month 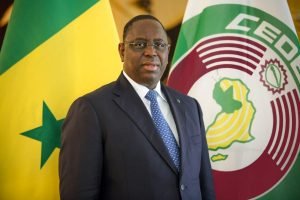 Cape Town — Senegal has delayed the launch of an oil and gas licensing round due on Wednesday until Nov. 4 as contract documents still need to be finalised, oil minister Mahamadou Makhtar Cisse said.

“We need to ensure the legal framework for investors,” he told Reuters on the sidelines of an oil and power conference in Cape Town.

Senegal’s ambitions to become a major oil and gas producer have been overshadowed by allegations President Macky Sall’s brother was involved in fraud related to two offshore gas blocks being developed by BP.

Asked whether the scandal had dented investor appetite, Cisse told Reuters “We have not measured a negative impact.”

Prosecutors in Senegal launched an inquiry in June, and the president’s brother Aliou Sall resigned from his government post following the allegations reported by the BBC.

Senegal, where oil was discovered in 1961, expects all its offshore projects to come online between 2022 and 2026, the minister said.

According to the International Monetary Fund, between 2014 and 2017, oil and gas reserves worth more than 1 billion barrels of oil and 40 trillion cubic feet of gas, most of it shared with Mauritania, were found.

“Discoveries are important but will not lead to a major transformation of the economy, with hydrocarbons expected to make up not more than 5 percent of GDP,” the IMF said in a January country report.

The new licensing round will be open for six months and will seek developers for ten to twelve offshore fields, Mamadou Faye, managing director of national oil company Petrosen told Reuters.

The IMF forecasts growth of around 6.9 percent in 2019 for Senegal before this rises to 11.6 percent in 2022 when first oil is expected to flow.