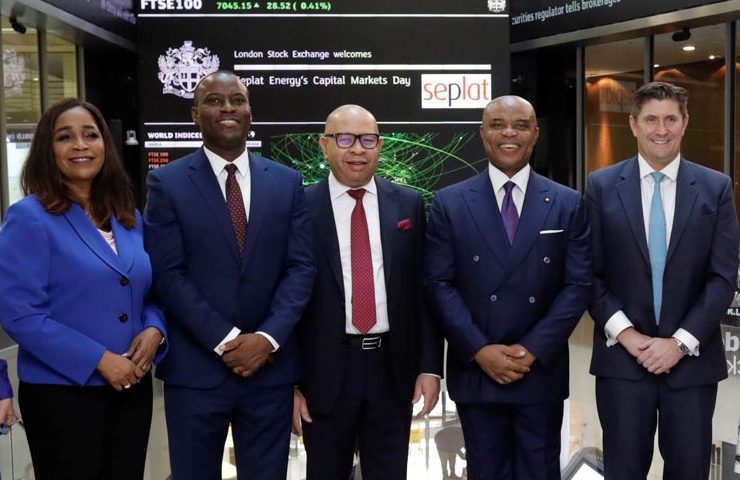 *Grows half year profit before deferred tax by 142.7%

Lagos — In the half year, H1 period, Seplat Energy Plc has pronounced an interim dividend at a rate of US2.5 cents (United States Two and Half Cents) per Ordinary Share.

Seplat in the corporate action announcement said that the dividend is subject to appropriate withholding tax (WHT), to be paid to Seplat Energy’s shareholders whose names appear in the Register of Members as at the close of business on August 12, 2021.

According to the announcement, to enable Seplat’s Registrar, Datamax Registrars Limited prepare for the payment of the interim dividend, it said the Register of Shareholders will be closed on August 13, 2021.

The recently rebranded indigenous firm said it recorded an impressive half year, H1 2021 scorecard with profit before deferred tax, PBT of $62.1million, representing an increase of 142.7percent as against H1’20.

While the company’s total rebranding is underway, the Nigerian independent energy company listed on both the Nigerian Exchange and the London Stock Exchange announced its unaudited results for the half year (H1) ended June 30, 2021.

The operational highlights show: working-interest oil and gas production within guidance at 50,786 barrels of oil equivalent per day (boepd); liquids production of 30,028 barrels of oil per day (bopd) in H1 2021, gas production up 21percent to 120 million standard cubic feet per day (MMscfd); Oben-50 and 51 gas wells completed in the period and producing, and a safety record extended to more than 20.5 million man hours without LTI on Seplat-operated western assets.