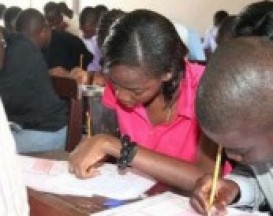 He said the company, which is the operator of the NPDC/Seplat Joint Venture in Oil Mining Leases 4, 38 and 41 would provide assistance to enable the graduands set up their own workshop and business centres which in turn will create job opportunities for other youths and by extension contribute in reducing unemployment in the areas.

Stating that the training was for one year and that the graduates were the first batch of trainees, he said the programme would be sustained by his company as the initiative forms part of its corporate social responsibility.

He disclosed that other communities would benefit from the programme in dur course.

While maintaining that graduands would be presented with takeoff grants, starter-packs of items to help them establish their businesses, he enumerated the company’s other capital and non-capital community projects to include water scheme, market stalls construction, electrification, housing schemes, scholarship awards, donation of buses and speed boats to communities, amongst others.

He said the company would continue to partner with the communities to improve and sustain the projects which he said were aimed at delivering premium values to all.