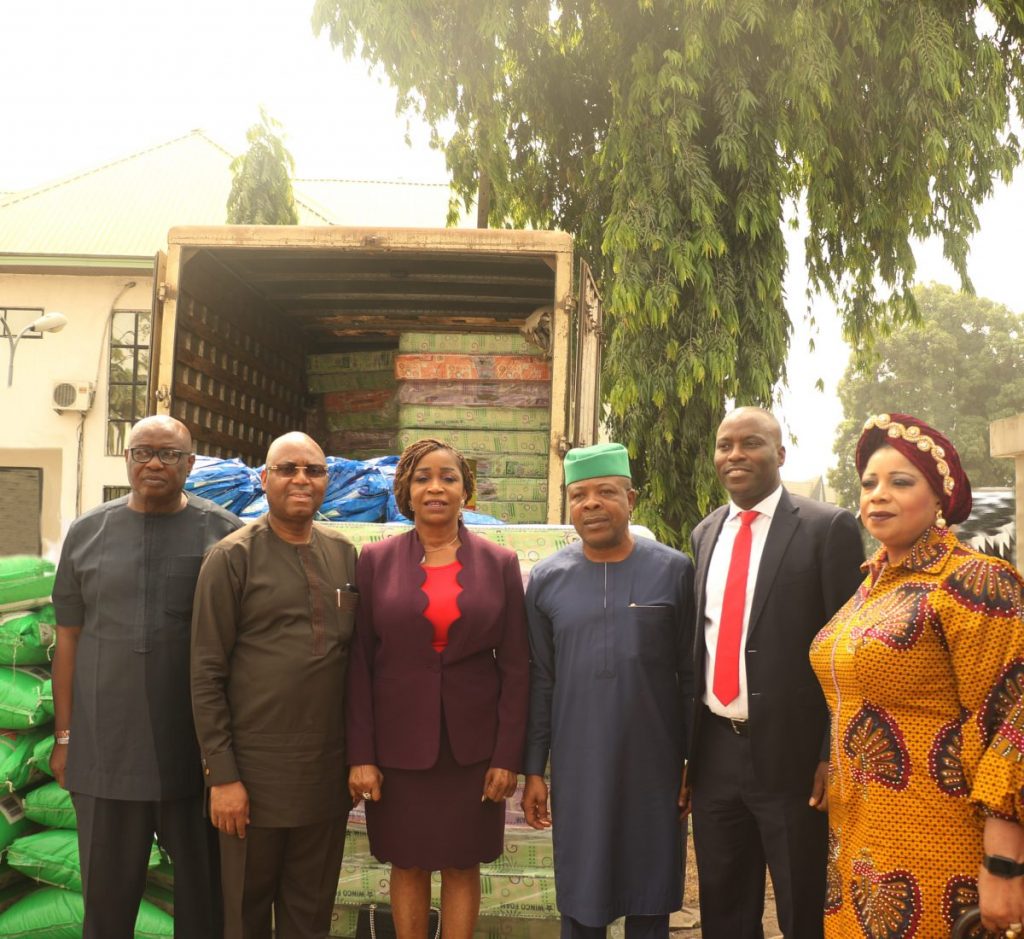 Lagos — Seplat Petroleum Development Company Plc has demonstrated a commendable gesture in fulfilling its Corporate Social Responsibility, CSR by bringing smiles to those impacted by the recent floods in some parts of Imo State. The company donated a truckload of relief materials worth millions of naira to displaced victims of recent flood disaster in the state.
It could be recalled that in the third quarter of 2019 no fewer than 15 communities were submerged by flood in the riverine and oil-producing local government areas of Ohaji Egbema and Oguta in Imo State; some of which include: Mmahu, Etekuru, Obiaakpu, Abor, Oguta I and II, Ezi Orsu, Orsu Obodo, Umuorji, Abacheke, amongst others.

The State Governor, Rt Honourable Emeka Ihedioha CON, who received the company with his Deputy, Hon. Gerald Irona and other top government functionaries welcomed Seplat’s kind gesture. He said the state government appreciates SEPLAT’s sense of collaboration and fulfillment of its corporate social responsibility. He assured the company that Imo state will provide an enabling environment for a continued robust partnership.

Dr. Chioma Nwachuku, General Manager External Affairs and Communications, SEPLAT, while presenting the relief items comprising bags of rice, mattresses, groundnut oil and mosquito nets, said the Company is happy to complement the efforts of the Imo State government in providing succour to the displaced victims of the flood with its donation.
She added that the State is a major stakeholder in SEPLAT and that the company continuously watches with interest events in the state and aim at creating a mutually beneficial relationship with the state at all levels.

“We at Seplat Petroleum Development Company, are mindful that the state is our partner and a major stakeholder. We remain ready to partner with the state government to provide better quality of life for her people. We are hopeful that our donation will alleviate the sufferings of the displaced flood victims in Imo State. We wish to support the loving governor who cares for his people to effectively bring succour to those impacted by the flood. We have therefore come with relief materials for distribution to the victims,” Nwachuku said.

Governor Ihedioha while thanking SEPLAT assured the company representatives that the relief materials will be distributed judiciously and directly to the flood-displaced victims, adding that: “We thank you for your concern and for your usual partnership.”

In his response, the Governor also stated that he was recently appraised by a SEPLAT executive of the company’s plan to commence construction of the road leading to SEPLAT’s ANOH project site. He used the occasion to urge the Company to fast track the road construction.

In a swift response, Effiong Okon, SEPLAT’s Operations Director reassured the governor that the company is expeditiously working at commencing and finishing construction of the said road in good time. The road is within the vicinity of the $700 million Assa North /Ohaji South gas business development project of SEPLAT. The ANOH project upon completion is expected to account for 40% of domestic gas supply; it will benefit the economy and deliver significant value to the state and all other stakeholders.

The governor also noted the state is looking forward to additional partnerships with the company in the education sector especially in promotion of technical education. Concluding, the Governor stated: “We are also happy that Seplat is one of the operators in the state with a physical office in Owerri. This means that you have become a responsible corporate citizen of Imo State. We appreciate your contributions and we assure you that Imo is home for you; and we also assure you that these materials here will be judiciously utilized”.