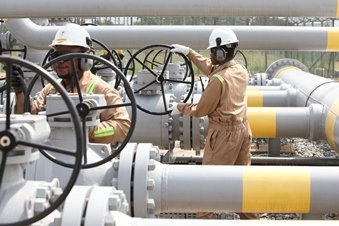 Lagos — The identities of those behind Seven Energy International Limited filing for bankruptcy two years ago has emerged.

In 2017, the firm was unable to fulfill payments on two senior secured notes issued by one of its subsidiaries Seven Energy Finance Limited.

Although the company blamed its inability to meet its debt obligations on two reasons- the closure of the Forcados export terminal which led to a loss of cash flow, and power stations that were yet to pay for the gas it had supplied.

However, until now, the identities of the power stations that got gas supplies from the firm without paying were all wrapped up in secrecy.
Findings by SweetcrudeReports Seven Energy went bankrupt two years ago on account of debts owed by the Akwa Ibom State government’s owned Ibom Power, and the Niger Delta Power Holding Company, NDPHC.

Investigation revealed that Ibom Power received 24MMscf/d of gas however could not pay up resulting in accumulated debts on Seven.

The Niger Delta Power Holding Company, NDPHC which also had a contract to receive over 40MMscf/d to run the federal-government-owned Calabar IPP plant, was unable to pay up its debts for many months, resulting in huge cash loss for the natural gas producer and supplier.

Due to this, the company defaulted on a $445 million loan taken from a consortium of banks led by Ecobank, FCMB, and Union Bank in 2015 to provide working capital for Accugas, one of its subsidiaries.

This led to its inability to pay banks, and other financial institutions that bought the firm’s secured notes.

According to a news posted on the company’s website, Seven Energy said it is discussing with Savannah Petroleum Plc and the group’s lenders, including an ad hoc group of holders of the $300,000,000 ten percent senior secured notes due 2021 and the $100,000,000 ten and half percent notes due 2021, as part of the comprehensive capital restructuring of the group.

An inside source with NDPHC who pleaded anonymity told SweetcrudeReports that the company is honoured the terms of the contract with defund Seven Energy.

“I am sure Seven Energy and Savannah petroleum will resolve all issues with operation of Seven Energy before they conclude their deal. We are not part of the acquisition talks”, the source said.

Further findings revealed that Savannah Petroleum acquired the assets and liabilities of the defunct Seven Energy, although sources inside Savanah hinted that both Ibom Power and NDPHC are yet to pay their debts.

“We have a good relationship with both Ibom Power and NDPHC”, one of the sources inside Savanah Petroleum said.

“We have continued to engage the two companies over the debt and are optimistic that they will fulfill their obligations. The terms of the debt remain as they are”, another source added.

No word has been heard from Ibom Power over the debt.

According to him, Savannah is also looking at acquiring other assets in Nigeria that were no longer material for bigger players.

Oil majors such as Chevron and ExxonMobil are seeking to sell some of their assets in Nigeria as they focus on projects elsewhere such as investing in the U.S shale.

How Seven forfeited assets to Savanah Petroleum
SweetcrudeReports, last August, reported how Seven Energy will forfeit some of its assets to British Savannah Petroleum PLC.

SweetcrudeReports learnt that Savannah had secured ministerial consent to take over some of Seven Energy International Limited, SEIL’s assets in Nigeria.

At a court hearing on 13 November, administrators were appointed to Seven Energy which effected the transfer of the Seven assets to a group of companies controlled by Savannah and African Infrastructure Investment Managers, AIIM.

Savannah now owns the Seven assets, which comprise: an 80% interest in Seven Uquo Gas Limited, SUGL which in turn holds a 40% participating interest in the Uquo field located in southeast Nigeria (with SUGL assuming responsibility for all operations of the gas project at the Uquo field following the occurrence of the Frontier Transaction); a 51% interest in the Stubb Creek field located in southeast Nigeria (through 100% ownership of Universal Energy Resources Limited), and an 80% interest in the Accugas midstream business, comprising the 200 mmscfd Uquo gas processing facility, a c.260km pipeline network, and long-term gas sales agreements with downstream customers.

One of Savannah’s partners in the transaction, AIIM, as part of the transaction completion acquired 20% interests in SUGL and Accugas in return for cash consideration to Savannah of US$54m which has now been received.

The transaction gives Savannah: a material producing asset base which is expected to generate significant asset-level free cash flows, complementing the company’s Niger exploration and development assets; exposure to significant upside potential, through both volume and margin uplift, through the utilisation of additional capacity within Accugas’ infrastructure; and a strong platform in the Nigerian oil and gas industry.