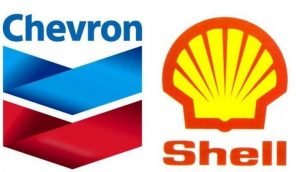 Shell and Chevron pledged to the government a high 70.2 percent of the oil it will produce after costs to clinch the choice Saturno block, while Exxon Mobil Corp and Qatar Petroleum International landed the Tita area with a 24.5 percent offer, with both groups locking in key real estate in the prized Santos basin.

By placing all four blocks, Brazil’s cash-strapped government raked in 6.82 billion reais ($1.71 billion), days ahead of the most uncertain presidential vote in a generation, as oil companies scrambled to take advantage of what could be the last oil auction in years.

Leftist candidates have proposed slowing down oil auctions, revising market-friendly legislation or even clawing back areas already awarded. Meanwhile, right-wing presidential front-runner Jair Bolsonaro has floated the idea of privatizing state oil firm Petrobras and has said he would champion a market-friendly approach.

“We take a long term view on these things,” said Felipe Arbelaez, chief for Latin America of BP Plc, which took the Santos Basin’s Pau Brasil block in a consortium with Colombia’s Ecopetrol and China’s CNOOC Ltd.

“Ultimately, we think Brazil has a long track record of respect of law, respect of contracts so we’re not very concerned about the elections,” Arbelaez said.

Lured by world-class geology, shrinking reserves and rising oil prices, companies have already dropped billions of dollars in Brazil, Latin America’s top oil producer, to lock in stakes in its pre-salt layer, where billions of barrels of oil are trapped under a thick layer of salt offshore.

Oil majors’ interest has been boosted by industry-friendly policies under center-right President Michel Temer, including loosening rules favoring local suppliers, tax sweeteners and the removal of a requirement that Petrobras be sole operator in pre-salt blocks.

But a win by a leftist candidate could walk back many of the market-friendly policies. Fernando Haddad, a leftist academic who has climbed into the No. 2 spot, has vowed to recover the pre-salt to serve Brazilians instead of foreign oil companies.

But oil majors discounted the role of the price rise in betting plans in Brazil.

“Our decisions are not made based on the day’s change or price per barrel,” said Andre Araujo, Shell’s country chief in Brazil. “They are investments for 30 years…we do not make decisions based on volatile issues,” he added.

Under rules set up for Brazil’s pre-salt oil play, consortia vie for blocks by offering the most after-cost oil to the Brazilian government, and agree to pay a fixed signing bonus.

Petrobras was the sole bidder and winner the Southwest of Tartaruga Verde block in the Campos Basin. It had exercised its right to express interest in the block months before the Friday bid round.