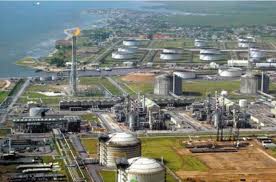 29 August 2015, Lagos – The spate of pipeline vandalism and crude oil theft in the Niger Delta is increasingly assuming alarming proportion as Shell Petroleum Development Company (SPDC) has again declared force majeure on the exports of Bonny Light grade of crude oil as result of the activities of vandals and oil thieves.

This action is coming in less than one week after the company lifted the force majeure it had declared on gas supplies to the Nigeria LNG plant in Bonny Island in Rivers State, following a leak on the Eastern Gas Gathering System (EGGS) caused by oil thieves, who had thought that the pipeline was used for crude oil.

Shell declared the force majeure following what it described as “a series of leaks” in the Forcados pipeline that transports the crude oil to the Forcados Export Terminal in Delta State.

Trans-Forcados pipeline is the main pipeline that transports crude oil produced by Shell and other third parties in the western Niger Delta to the export terminal.

The pipeline is a crude oil facility but the liquid condensate produced in gas fields, together with the gas is also normally evacuated through the pipeline, thus the closure of the pipeline usually affects power generation as power stations are shut down due to lack of gas

Shell’s spokesman, Mr. Precious Okolobo said in a statement yesterday that the company declared force majeure of Bonny Light Exports due to the shutdown of the Trans Niger Pipeline (TNP) and Nembe Creek Trunkline (NCTL).

“SPDC JV (joint venture) declared force majeure on Bonny Light exports effective August 27, 2015 following the shutdown of both the Trans Niger Pipeline (TNP) and Nembe Creek Trunkline (NCTL). A leak was reported on the TNP at Oloma in Rivers State, while the NCTL is shut down for the removal of crude theft points. SPDC is working to repair and reopen the two lines as quickly as possible,” Okolobo said.

Okolobo did not disclose the volume of crude oil affected by the shutdown of the two pipelines.

But the Shell-operated TNP and the NCTL are the two major pipelines used by Shell and third party to transport crude oil produced in the Eastern Niger Delta to the 480,000 barrels per day capacity Bonny Export Terminal in the Bonny Island of Rivers State.

Shell had during its latest divestment of onshore assets sold NCTL and Oil Mining Lease (OML) 29 to Aiteo Consortium for $2.5 billion but has not handed over the operatorship of the pipeline to the new owners.