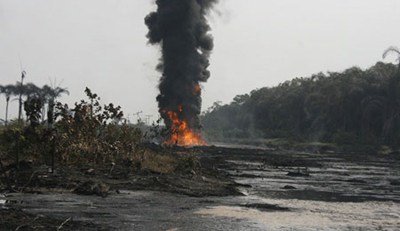 13 December 2018, Sweetcrude, Warri, Delta State — Shell has expressed worries with the new trend of oil theft in the Niger Delta, saying those behind it bag stolen crude like cement and ferry to their point of sales

Speaking at a training session it organized for journalists in Warri, Delta State, Mr. Okojie John who spoke on “Effects of pipeline vandalism, crude theft and the environment” called for collaboration among stakeholders to end the ugly trend of crude oil theft in the region.

“They now bag stolen crude. They don’t use jerrycans. you will think the vehicle is conveying cement “ he stressed.

Describing oil theft as a major source of pollution of the environment he said the oil company was working with communities through direct surveillance and Global Memorandum of Understanding, GMoU, to patrol it pipeline right of way

He further appealed against the encroachment of its pipelines, stressing on the danger of such which could also include fire outbreak