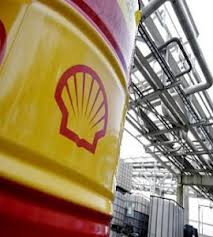 09 July 2013, Lagos – KAZTEC Engineering Limited, KEL, an indigenous oil service company, has signed an agreement with Shell Nigeria Exploration and Production Company, SNEPCo, for the construction of a 58-kilometre loopline at $84.5 million.

According to a statement by Kaztec, the agreement for Package 1 of the engineering, procurement and construction, EPC, of Trans-Nigeria Pipeline Loopline Project for Shell Nigeria Exploration and Production Company of Nigeria, SNEPCO, was concluded last week.

The pipeline contract is expected to be completed and delivered within one year and Kaztec has assured Shell of delivering within the stipulated time frame.

“This is the first major project to be executed by Kaztec Engineering Limited for Shell. The event took place at the SPDC Office, Port Harcourt, Nigeria, with high-powered delegations from both parties in attendance,” the company said.

The objective of the project, Kaztec said, is to construct a three-inch, 58-kilometre loopline from the Ogale manifold to Bonny Terminal, in the South-South region of Nigeria. SNEPCO had been experiencing challenges with the current Trans-Niger Project.

Seen by SNEPCO and National Petroleum Investment Management Services (NAPIMS), to be an emergency project. It was divided into three packages. Kaztec Engineering is to undertake Package One, having been chosen on the strength of its recent track record in the oil and gas sector, the statement added.

The Chief Operating Officer, COO, Kaztec Engineering Limited, Ikechukwu Okpala, assured SNEPCO of KEL‘s delivery on time and quality, promising Shell’s management that it would get a taste of the Kaztec expertise.

The contract-signing was done by the General Manager, Offshore and Shallow Water Projects, SNEPCO, Mr. Toyin Olagunju, on behalf of Shell and the Executive Chairman, KEL, Sir Emeka Offor, for Kaztec while Chioma Ogunuka, Contracting and Procurement Lead Pipeline Projects of SNEPCO, and the COO of KEL, Ikechukwu Okpala, among others witnessed the signing ceremony.

The Chairman Kaztec Engineering Limited, Sir Emeka Offor, declared that SNEPCO reassured Shell of KEL‘s commitment to deliver on time, and even surpass all expectations of the project. He said he was glad to join the Shell family, and looked forward to a productive partnership in the years to come.

He said: “Sections of the TNP have been heavily impacted by sabotage and crude oil theft. The design of the TNPL includes improvements which make the pipeline better protected against crude oil theft and sabotage, which should help to reduce pollution related to criminal activity which was a key aspect of a 2011 United Nations Environment Programme (UNEP) report on Ogoniland. The total capital investment for the TNPL project bundle is expected to be $1.5 billion while the total investment for the Gbaran-Ubie Phase Two bundle is $2.4 billion.”