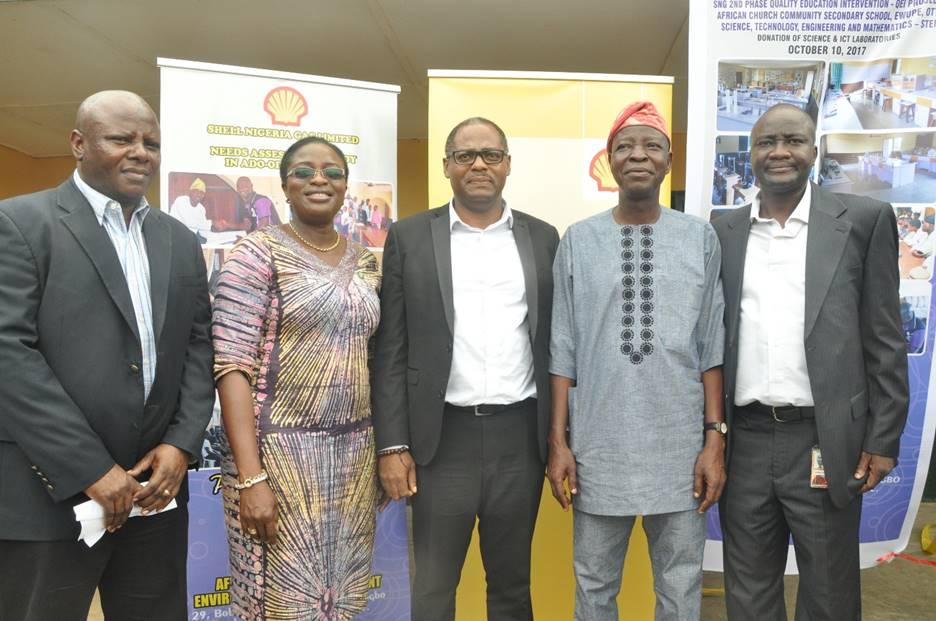 The donation was the second phase of SNG’s intervention in the school to bring it to a competitive standard. The company had in 2016 donated a block of five classrooms, a 12-room stand-alone toilet facility, school water system, upgraded football field, and a rehabilitated 5 blocks of 19 classrooms for shared use by the school and the co-located Ebenezer African Church Primary School in the first phase of the intervention.

“Our goal is to support the government and other relevant agencies to close the gap of educational inequality between pupils of public schools and their counterparts in private schools,” Managing Director of SNG, ED Ubong, said at a ceremony marking the completion and handover of the projects to Ogun State government.

“We recognise education as the topmost need of the people of our neighboring communities and what we have done is a progression of our longstanding support of the school and to the communities,” Ubong added.

The Ogun State Commissioner for Education, Science and Technology, Mrs. Modupe Mujota, who received the facilities on behalf of the state, commended SNG’s investment in public schools in the community and charged the students to take full advantage of the facilities to “upscale their academic performance and competitive exploits”.

“This singular act of Shell Nigeria Gas depicts the company’s fulfillment of its social responsibility for the development of its host communities and is worthy of emulation by others,” she said.

In his remarks, the school principal, Mr. Gbolahan Adekunjo, acknowledged the improved academic standard and the growing number of enrolment in the school following the series of the upgrade by SNG. “The interventions have resulted in an enabling environment for teaching and learning and the impact is felt by the students, staff, parents and catchment communities.”

The Chairman Community Development Association Ewupe, Alhaji Monsuru Akande, thanked SNG on behalf of the community and appealed to the state government to continue to create the enabling environment for SNG and other companies to support education in the state.

Shell Nigeria Gas Limited is a fully owned Shell company for the downstream distribution of gas to industries in Nigeria. SNG currently operates a gas transmission and distribution network of approximately 115km and serves industrial customers in Ota, Ogun State and Aba in Abia State.