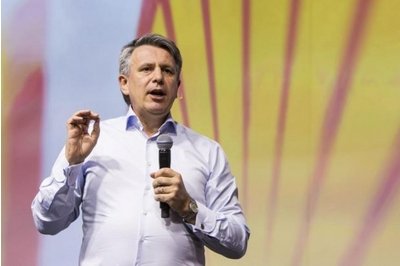 26 April 2018, Sweetcrude, Lagos — International oil company, Shell, has reported a 42 percent boost in profits in the first quarter of 2018.

Analysts say the gains were as a result of a rise in prices of oil and gas, including net income from shareholders on a current cost of supplies, CCS basis, used as a proxy for net profit, and excluding identified items, came in at $5.322 billion from a year ago, data obtained from CNBC showed.

This compared to a company-provided analyst consensus of $5.277 billion, compared to same quarter last year’s net income of $3.754 billion.

Brent opened for trading at $74.23 per barrel on Thursday after closing at $74.06 on Wednesday.
The key first-quarter metrics included net income attributable to shareholders (on a current cost of supplies basis and excluding identified items) came in at $5.3 billion, versus $3.8 billion in the previous quarter.

The Anglo-Dutch oil company maintained its quarterly dividend at $0.47.

“Shell’s strong earnings this quarter were underpinned by higher oil and gas prices, the continued growth and very good performance of our Integrated Gas business, and improved profitability in our upstream business,” CEO Ben van Beurden said in a statement.

Shell is seen making steady progress with its divestment program, while the Anglo-Dutch firm’s free-cash-flow outlook is consistent with its target to buy back at least $25 billion of shares from 2018 to 2020, van Beurden said.

Before now, Shell has had to cut down on its spending after a buy into a gas business a couple of years ago.

‘The problem is cash generation’

“I think the problem with the numbers this morning is that the cash flow generation was disappointing. The earnings were very strong but it didn’t get pulled through into cash generation,” Jason Gammel, equity analyst at Jefferies, told CNBC’s “Street Signs” on Thursday.

Shell’s shares were trading almost 3 percent lower during mid-morning trade on Thursday.
Cutbacks in production by the Organisation of the Petroleum Exporting Countries, OPEC and Russia had helped reduce the glut in the international oil market, leading to a rise in prices.

The cuts of 1.8 million barrels per day output which started since January last year, will wind up this year, however, participants are hoping the pact would be extended beyond this year after recording a 149 percent success in March.