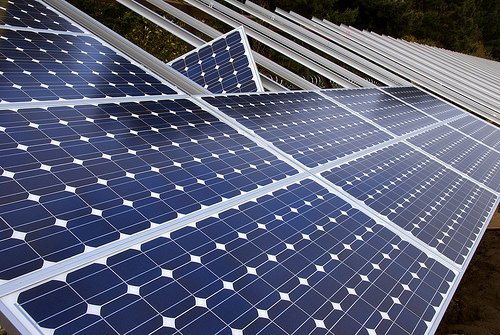 London — Shell has announced that it has signed deals with two of the UK’s leading solar PV developers to support the establishment of new utility-scale solar PV projects in the UK.

Shell outlined that the Island Green Power deal includes an initial collaboration on over 700 megawatts (MW) of total generating capacity and that the Clearstone Energy projects have a total combined export capacity of 100 MW, with co-located storage potential.

The value of the deals was not disclosed by the companies. Both deals are subject to a future final investment decision, Shell highlighted.

“Shell is building an integrated power business which spans the renewable generation, trading and supply of clean energy to businesses and consumers,” David Bunch, the chairman of Shell UK said in a company statement.

“We will work with both Island Green Power and Clearstone Energy to deliver high-quality solar PV projects to supply more of our UK customers with renewable power,” he added in the statement.

Shell has set a global target to be a net zero emissions energy business by 2050. Increasing renewable power generation will play a key role in delivering the strategy, as well as supporting the UK in meeting its net zero 2050 goal, Shell noted.

Back in July, Shell revealed that it and ScottishPower had joined forces to bid to develop the world’s first large-scale floating offshore windfarms in the north-east of Scotland. In February, Shell announced that it had completed the acquisition of ubitricity, a European provider of on-street charging for electric vehicles.

Island Green Power is a leading international developer of solar photovoltaic plants, with a focus on large scale utility size solar plants, according to its website, which highlights that the business has over 25 years of experience in the energy industry.

Clearstone Energy, which focuses on the solar PV and energy storage sectors, has more than 15 years of combined experience at some of the largest names in energy and property and has worked with landowners on the development of many megawatts of energy projects across the UK, its website notes.