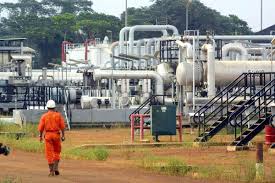 *430 staff to be transferred

25 March 2016, London — Royal Dutch Shell plc revealed Friday that it has reached an agreement with Assala Energy Holdings Ltd. to sell 100 percent of its Gabon onshore interests for $587 million.

As a result of the sale, which is subject to certain conditions and various approvals, around 430 local Shell employees will become part of Assala Energy. Assala will also assume a debt of $285 million as part of the transaction and will make additional payments up to a maximum of $150 million, depending on production performance and commodity prices.

This transaction consists of all of Shell’s onshore oil and gas operations and related infrastructure in Gabon. This includes five operated fields (Rabi, Toucan/Robin, Gamba/Ivinga, Koula/Damier, and Bende/M’Bassou/Totou), a participation interest in four non-operated fields (Atora, Avocette/M’Boukou, Coucal, and Tsiengui West), the associated infrastructure of the onshore pipeline system from Rabi to Gamba, and the Gamba Southern export terminal.

“Shell is very proud of the strong legacy we have built in Gabon over the past 55 years. The decision to divest was not taken lightly, but it is consistent with Shell’s strategy to concentrate our upstream footprint where we can be most competitive. Shell will continue to pursue opportunities in Sub-Saharan Africa,” Andy Brown, Shell’s upstream director, said in a company statement.

“Together with recent divestments in the UK, Gulf of Mexico and Canada, this transaction shows the clear momentum behind Shell’s $30 billion divestment program, and it helps us to high-grade and to simplify our upstream portfolio following the acquisition of BG,” he added.