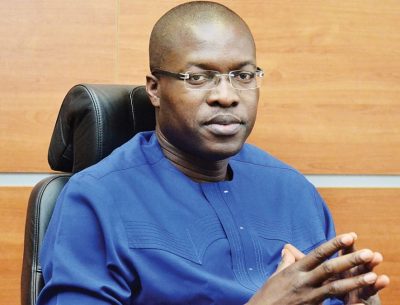 Port Harcourt — The Shell Petroleum Development Company of Nigeria Limited SPDC, on Wednesday, said its financial contribution to the development of host communities in Bayelsa State is now over N23 billion under the Global Memorandum of Understanding.

The GMoU, according to the Dutch multinational, is a model which places the choice of community projects on the people while the company provides the funding and necessary mentoring.

SPDC General Manager, External Relations, Igo Weli, speaking in Yenagoa, said the amount represented about half of the company’s GMoU spend in its host communities in the Niger Delta since the introduction of the community development model in 2006.

According to him, a total of N44.36billion has been disbursed to the 39 active GMoU clusters in Rivers, Delta, Bayelsa, and Abia States in the last 13 years.

Represented by SPDC’s External Relations Manager, Corporate Lands Management, Mr. Trevor Akpomughe, at the media launch of the 2019 edition of the Shell in Nigeria Briefing Notes, Weli said SPDC had also made a lot of social investment in Bayelsa, particularly in education, health, and entrepreneurship.

In education, Weli said that apart from university scholarships to Bayelsa State indigenes,182 pupils from public primary schools in the state have benefitted from the Cradle-to-Career programme which gives fully-funded sponsorship to top secondary schools in Nigeria.

“The SPDC JV GMoU development model gives communities a highly-valued opportunity to decide and implement projects and programmes that have a lasting impact on their lives. The priority of projects in Bayelsa State is as set by the active 14 GMoU clusters in the state and they include roads, community centres, health projects, and empowerment initiatives.

“Our various enterprise development programmes have produced over 332 entrepreneurs in Bayelsa State, most of whom have become employers of labour themselves.

Weli described the SPDC-sponsored Oloibiri Health Programme in Bayelsa State as part of the company’s effort to strengthen health care in the community that hosted the company’s first oil well six decades ago.

He said between 2016-2018, the programme delivered household health services to nearly 13,000 persons in more than 3,100 homes across nine communities.

The SPDC External Relations boss, however, lamented that security remained a major challenge as a result of continued crude oil theft and vandalism of oil and gas facilities in parts of the Niger Delta.

“Crude oil theft on SPDC’s pipeline network resulted in a loss of about 11,000 barrels of oil a day and the number of sabotage-related spills of more than 100 kilograms in volume in 2018 increased to 111 compared to 62 in 2017.”

“Our support for development in the Niger Delta is more than a business strategy. It is a demonstration of our commitment to the well-being of our hosts. That commitment remains unshaken, but it cannot prosper in an atmosphere of rancour, violence, and endless acrimony.

“SPDC continues to collaborate with local community leaders, traditional rulers and state governments in the Niger Delta to implement several initiatives and partnerships to raise awareness on the negative impact of crude oil theft and illegal oil refining.”