London — Royal Dutch Shell’s 2020 earnings from trading crude oil and refined products doubled from the previous year to $2.6 billion, providing a boost to offset a sharp drop in fuel demand due to the coronavirus pandemic.

Shell’s oil trading operations, known internally as Trading & Supply, accounted for 43% of the Oil Products division’s total earnings of $5.995 billion in 2020. Trading earnings totalled $1.3 billion in 2019, according to the report, which was released on Thursday. 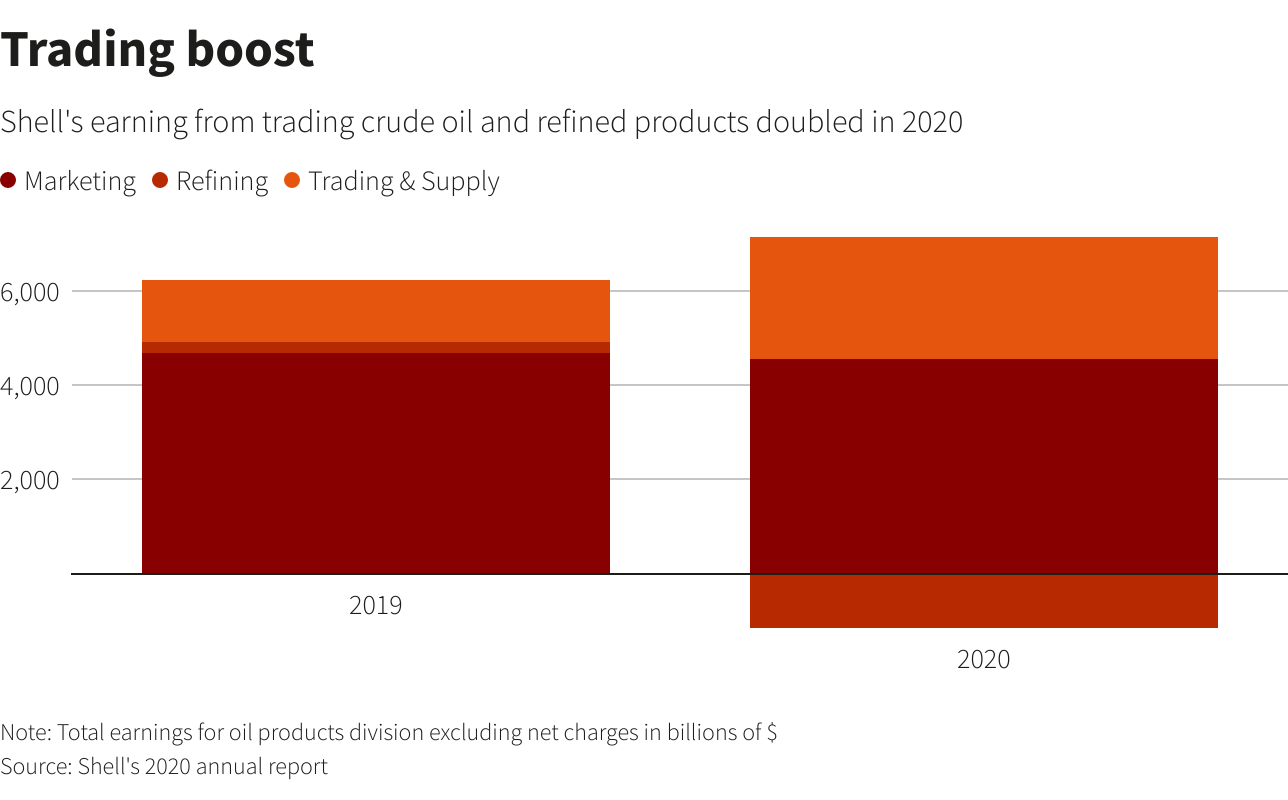 The unusually high contribution from trading helped Shell weather one of the toughest years in the industry’s history, when energy consumption collapsed during the pandemic.

Its 2020 profit dropped to its lowest in at least two decades.

Rival BP’s trading arm made nearly $4 billion in 2020, according to a copy of an internal BP presentation seen by Reuters, almost equalling 2019’s record trading profit.

Companies can make large profits even during times of lower demand for commodities by storing products such as oil on shore or at sea. Shell’s vast refining, trading and retail operations also allow it to take advantage of short-lived changes in supply and demand around the world.