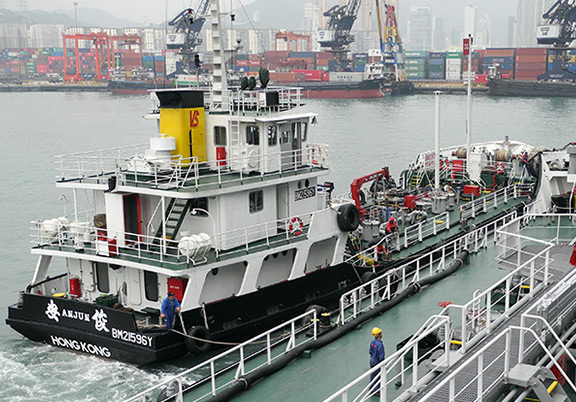 20 November 2017, Sweetcrude, Lagos — A ship fuelling company, Vermont UM Bunkering based in Singapore has been charged with 150 counts of cheating involving fraud.

The company, and one of its directors, Poh Fu Tek, 58, on Thursday, were charged with concealing benefits accrued from alleged criminal conduct.

According to The StraitsTimes, the duo who carried out the crime by using invoices that falsely stated various quantities of fuel oil had been sold to Vermont UM Bunkering, were charged with 18 counts of abetment by engaging in a conspiracy to conceal such benefits.

In a separate count, the company, Poh and two others- another director, Koh Senf Lee, 56, and former Lee Kok Leong, 52, were charged with 150 counts of cheating.

They allegedly sent out invoices stating that some marine fuel had been delivered when, in fact, the amounts were less than declared.

Vermont UM Bunkering was said to have dishonestly induced its customers to make excess payments totaling more than US$8 million.

They were again accused of one count charge of engaging in a conspiracy to commit criminal breach of trust by dishonestly misappropriating about 250 metric tonnes of marine fuel oil put in the care of the firm.

The offenses were allegedly committed between 2011 and last year.

On Thursday, a manager of Vermont UM Bunkering, Mr. Tang Ke who was in court, pleaded not guilty to the offenses.

The court adjourned the case to Nov 23 while the cases involving Poh and Koh, were adjourned to next month.