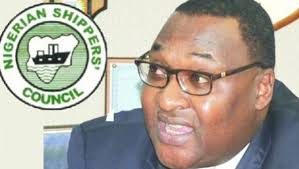 15 August 2018, Sweetcrude, Lagos — The Nigerian Shippers’ Council, NSC, has said that it was working on a door-to-door cargo delivery mechanism with a view to ensuring the safety and security of cargo delivery.

Speaking to a group of maritime journalists, the Executive Secretary of the Council, Mr. Hassan Bello, said that the European shippers and shippers from other parts of the world do not have enough confidence in the integrity of the roads in Nigeria adding that this has made door-to-door cargo delivery almost impossible.

Bello also said that the Council may invoke the Hamburg rules in this regard to compel shippers to deliver cargo to the door of the consignee.

He explained that until Nigerian roads were better maintained, the issue of damage to cargoes in transit due to bad roads will continue to occur.

He also stated that extortion by men and officers of the Nigerian Police from truckers on the roads has given importers concerns adding that the security agents would unnecessarily delay these goods on the roads for a long time.

The Shippers’ Council boss also said that insurance on such cargo is also being worked out so that the importers can get some level of respite in the event of accident or damage to goods in transit.