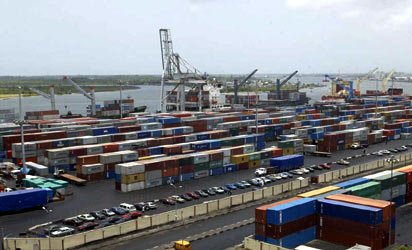 04 June 2018, Sweetcrude, Lagos — THE Nigerian Shippers’ Council, NSC, yesterday said that it ordered shipping companies to rescind their decision on the newly introduced off-dock terminal charge of N70,000 on every container.

Speaking to Sweetcrudereports in Lagos, Executive Secretary of the Council Mr. Hassan Bello said that the agency has met with shipping firms, Mediterranean Shipping Company, MSC, in particular, to return to status quo.

Bello said that such arbitrary introduction was never discussed, neither was it approved by the Council.

In a chat with Vanguard in Lagos yesterday General Manager of Clarion Shipping limited Mr. Frank Okocha said that his terminal has already started de-marketing MSC shipping and telling importers not to bring in their vehicles through the shipping company.

“Even if they know you are carrying your cargo tomorrow, they would still rate two weeks ahead, they said they are doing this because people no longer return their containers on time and they said the money is refundable, this is why people have been paying”.

“They collect more than N70,000 if you pick a cargo from the port today, you must pay two weeks in advance when you return the container, they would now calculate it along with your container deposit, this is illegal because this is why we have the container deposit in the first place”.

“We are going to start de-marketing them, importers should boycott MSC, by the time their traffic begins to fall, and they would begin to ask why. As I speak with you now, I have made sure that the news is all over Europe, in Canada and America that they should boycott MSC because they are introducing funny charges” he said.

He argued that with the bad roads around the port, terminal operators should not expect importers to take a container and bring it back the next day.

According to him, bonded terminal owners are yet to start preparing for refunds of the alleged collections, adding that they are not sure if MSC would be refunded.

In the main time, he said that importers doing business with Clarion bonded terminal have been advised to use other shipping companies like Maersk Line, COSCO shipping and MESSINA shipping.

“There are still other shipping companies around, we have asked them to use Maersk Line, COSCO, and Messina is also coming back. I have told them to start using MESSINA to bring in about ten of our containers coming in now”.

“In their place, they don’t just wake up and impose fines, but when they come to Nigeria here, they believe they can whatever they like”