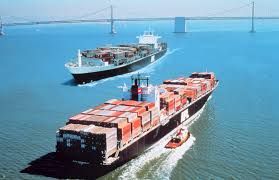 04 January 2017, Lagos – Almost 300 tonnes of oil spilled into Malaysian and Singaporean waters after two container ships collided in a Malaysian port, officials said.
The oil spill has been contained, a local maritime official told AFP after Tuesday’s accident in the busy port of Pasir Gudang in Malaysia’s southern state of Johor bordering Singapore.