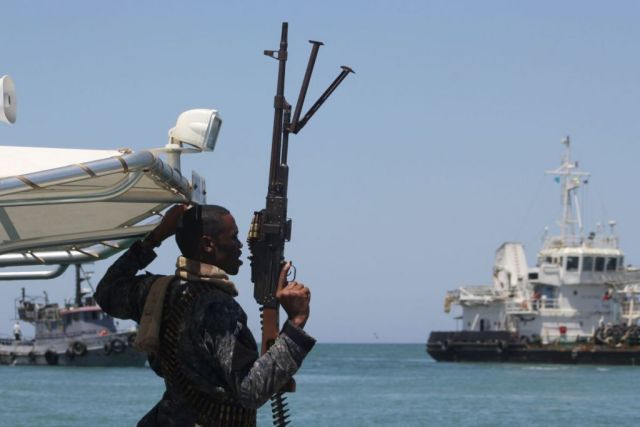 The pirates were aboard a flying boat Friday night in the Gulf of Guinea located in the northeastern most part of the tropical Atlantic Ocean when Cameroonian forces on patrol opened fire at them.

Weapons, marijuana and money in Nigerian and Cameroonian currencies were recovered from the pirates, the army said.

It said that the “elimination” of the pirates was a significant step in fighting piracy that has become rampant in the Gulf of Guinea.

Security reports confirmed that, Cameroonian businessmen sailing to Nigeria to buy goods are “regularly” attacked by pirates in the international waters.

Reacting to the development, a marine pilot and Managing Director of the Escravos Pilots Nigeria Limited, Captain Charles Tobi, commended the action of the Cameroonian forces against the marine criminals that have been terrorizing the Gulf of Guinea over the years.

Tobi said that the Cameroonians have done what Nigeria has failed to do adding that whenever these pirates are caught, they should be killed and buried at sea.

He stated that bringing to on shore for prosecution will be a waste of time and money adding that because of corruption in Nigeria, these criminals could escape judgment.