SKF pumps up the volume in lubrication management 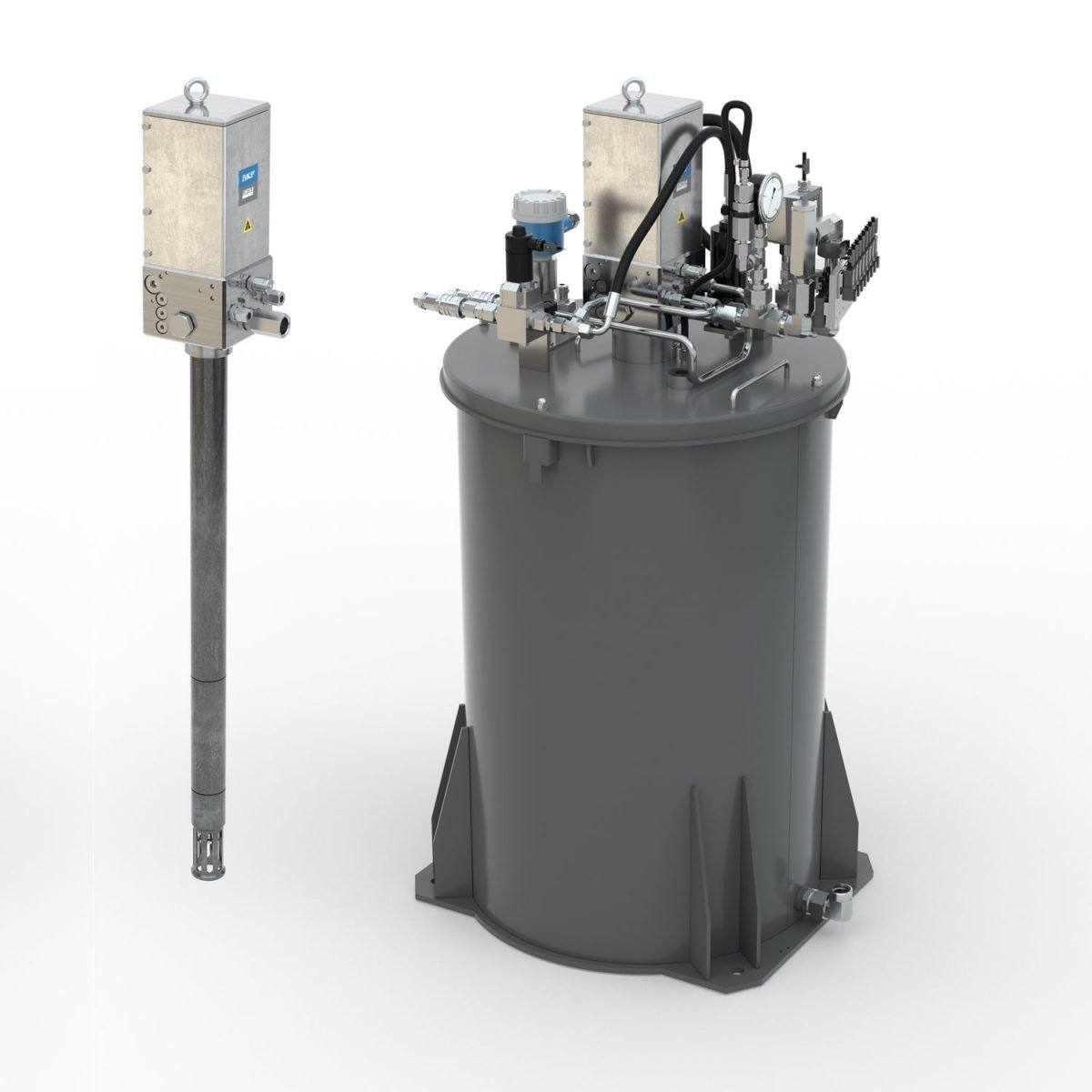 *Robust pump from SKF delivers grease to large automatic lubrication systems, for demanding applications such as excavators, loaders and other heavy machinery

The BPH30 pump is available with or without sensors and can be configured to individual needs. It is aimed at large automatic lubrication systems such as single-line, progressive or dual-line – as well as filling processes. Target applications include excavators, loaders, haul trucks and other heavy machinery used in the construction and mining industries.

“This pump is designed to work reliably under demanding conditions,” says Daniel Seitz, Product Manager at SKF. “The pump head is fully encased, which reduces the risk of damage during tough operations.”

The BPH30 is constructed from heavy-duty materials, making it very robust. It also has a compact design, allowing it to be mounted in tight spaces. It has an operating temperature range from -40°C to +80°C and accepts greases up to NLGI 2. The pump has a single outlet, which can be positioned on the left, right or front of the device.

A special three-seal design helps to prevent leakage of both hydraulic oil and lubrication grease. This maintains safe and reliable operations, while minimising the risk of contamination. A leakage indicator provides clear visual confirmation that the sealing system is working.

Built-in sensors monitor oil pressure, temperature and piston movement, which helps to avoid sudden machine failure. At the same time, flow rate and reverse pressure can be adjusted according to the needs of the application.

The BPH30 is available to OEMs, end users and dealerships. It will initially be launched in EMEA, with other regions to follow.