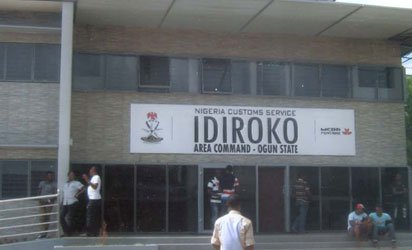 25 November 2017, Sweetcrude, Lagos — Daredevil smugglers operating along Idiroko axis of the country’s international borders, Wednesday launched an attack on officers of Ogun Command of Nigeria Customs Service, who were on anti-smuggling operations.

Four operatives of the service were injured as the command seized eight second-hand vehicles and a new Toyota Hilux in communities on the Idiroko border axis.

The Controller of the Area Command, Sani Madugu, disclosed this yesterday at the Command’s Idiroko border office while reviewing its activities in the last one week.

He said the operatives were attacked when they went to one of the villages along the border route to effect the seizure of a Toyota Hilux hid there by smugglers.

Madugu said the smugglers, on sighting the operatives, started hurling stones and other dangerous objects at them, and in the process, they injured four of them.

He said, “We had an intelligence report that a new Toyota Hilux smuggled into the country from the Republic of Benin was being hidden in a village along the border route.

“When our operatives got there and they wanted to recover the smuggled vehicle, the smugglers started hurling stones and other dangerous objects at them.

“In the process, four operatives were injured and the operational vehicle was also damaged.

“Two of the operatives are still receiving treatment in the hospital while the other two have been discharged.

“I don’t want to mention the name of the village because the investigation is still on. We will get all those who were involved.”

Madugu also said within one week, 1,479 bags of rice, 78 kegs of 25 litres of vegetable oil and nine vehicles used as the means of conveyance were also seized.