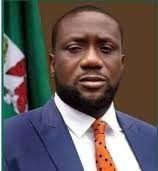 Port Harcourt — The Chairman of Akuku-Toru Local Government Area in Rivers State, Rowland Sekibo, has lauded the Supreme Court ruling that struck out the suit filed by the Bayelsa State Government against Rivers State over Soku oilfield.

Recall that the Supreme Court, last Tuesday, struck out the matter filed by the neighboring Bayelsa State, for jumping the Appeal Court to the Apex court to obtain judgement.

Bayelsa State government had approached the Supreme Court after a Federal High Court in Abuja ordered it to refund the 13 percent derivation it had received over the years from disputed Soku oilfield, to Rivers State.

But the apex court in its ruling said that the steps taken by the Bayelsa State Government was an abuse of court process and struck out the case.

Reacting on the ruling, the AKULGA council boss hailed the judgement, and commended Governor Nyesom Wike, for his efforts to restore the fortune of the state, as an indication of justice for the state.

Sekibo, who expressed satisfaction with the Court ruling, stated that the decision of the Apex court was an indication that the matter would be ruled in favour of Rivers State.

According to him, “We are pleased with the decision of the Apex Court of the land. When you are fighting a just course you are not deterred by any thing.

“The ruling has again reassured that the state government of only trying to reclaim what belongs to the state. And we are solidly behind the governor.

“The governor, Chief Nyesom Wike, means we’ll for the people of Kalabari and Rivers State at large and we are pleased to have him as the governor of the state at this time.”

Sekibo also urged people of the Akuku-Toru and the state at large to keep supporting the State Government in its move to bring about stability in the area.