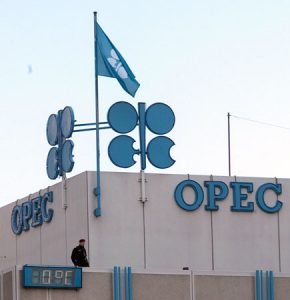 Algiers/Dubai — Some OPEC ministers had a conference call on Tuesday to discuss the oil price rout and possible extra measures to support the market but it took place without the core Gulf nations, highlighting a growing split inside the organisation.

With demand collapsing due to the coronavirus crisis, the Organization of the Petroleum Exporting Countries, along with Russia and others – known as OPEC+ – are due to start cutting supply by 9.7 million barrels per day on May 1.

But the record output cut has failed to stem the drop in oil prices. On Monday, U.S. crude futures sank into negative territory for the first time in history, and on Tuesday Brent crude fell to $18.10 a barrel, its lowest since December 2001.

During the call, a number of OPEC ministers discussed implementing the agreed oil cuts straight away rather than starting on May 1, an OPEC source said.

“We have proposed an immediate implementation of the deal and not to wait until May, and also to stop overproduction in April,” the source said.

OPEC members Algeria, which holds the OPEC presidency in 2020, Nigeria, Venezuela, and Iraq along with non-OPEC oil producers Kazakhstan and Azerbaijan were part of the call, the source said.

Two other OPEC sources said OPEC’s powerful Gulf oil producers Saudi Arabia, Kuwait and the United Arab Emirates as well as Russia – the countries doing the bulk of the production cuts – did not take part.

The informal talks ended without making any decision. The next full meeting of OPEC+ is in June.