SON to review industrial standards for cement production in Nigeria 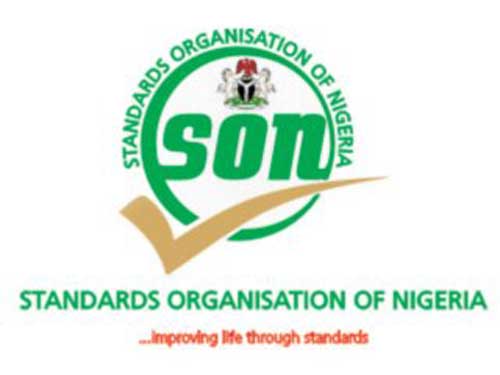 Oscarline Onwuemenyi
15 December 2017, Sweetcrude, Abuja – Following the spate of building collapses in the country, the Standards Organisation of Nigeria has announced that it is set to review the Nigerian Industrial Standards for Cement Production in the country.

The standards agency has therefore convened a technical committee to ascertain the standard development process for cement production in line with global best practice.

The committee, made up of a cross section of all relevant organisations in the building construction industry were given the mandate to identify the various time lines and principles that define the procedures and guidelines for cement production in Nigeria.

Speaking at the Technical Committee meeting for the review of the standard for cement (NIS444-1.2014), the DG who was represented by Mrs. Chinyere Ejiogwu, said that cement standard is no doubt a very important one as about 80 per cent or more of the buildings and other infrastructural development of any nation and indeed Nigeria is carried out with cement.

According to him, cement is a binder for all the components of any building project, and its poor application in the construction has been blamed for failures and collapse in the building and construction industry.

“The exercise you are about to embark on is the review of the current standard for cement (NIS 444-1:2014). It is imperative to note that Standards can be reviewed after five years or at any time at the instance of the stakeholders or if found inadequate due to changes in technology, lest methods and Government policy.

“We have carefully selected the best professionals and experts constituting a balance committee cutting across the relevant stakeholders which is include the academia and research institute, the manufacturers of cement, users, government establishments and the Consumer Protection Council (CPC).

“Your attendance of this important meeting is a demonstration of our partnership and collaboration especially in the area of Standards development which provides basic for product quality monitoring and trade facilitation. Standard is a consensus document that promotes trade and ensure a positive impact on the national economy if strictly adhered to Standards development is the stakeholders responsibility for which the SON provides the secretariat,” he noted.

In her capacity as Director of Standard Development, SON, Mrs. Ejiogwu said that Nigeria as an ISO member, should abide by all the rules guiding standards. She said that whatever that was formed must be disseminated impartially and that judgment must be based on standards. She stressed that every stakeholder in the industry must be aware of such standards.

Ejiogwu who blamed the use of poor quality cement for building collapse in the country, said that as SON has assembled relevant professionals from the regulator, operators, academia and the consumers for the review of the standards which is done every five years, there is great hope that the forum will help in providing the best cement form that can stop building collapse.

The highlight of the meeting was the election of members from non interest groups into the technical committee to over see that standards are strictly followed with the ability to sanction defaulters. Those elected are Professor Joseph Odigure who is current Chairman of Cement Standards of COREN from University of Lagos as Chairman while Professor Garuba Abu as Vice Chairman.

The committee findings will be forwarded to the Standards Council for further consideration.