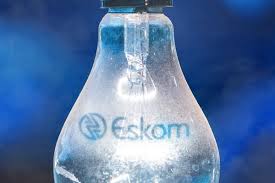 16 August 2015, Johannesburg – Thieves robbing Eskom of conductors, cabling and related equipment cost the utility R102m in the last financial year, according to its annual financial statement.

Eskom revealed its profits had decreased by almost 50% to R3.6bn in the 2014/15 financial year ended 31 March 2015, constrained by load shedding, a maintenance backlog, its new build programme delay as well as illegal connections and crime.

Operation Khanyisa, aimed at promoting the legal use of electricity by customers, resulted in over 2 700 tip-offs from the public during the financial year.

Actions to combat the losses are managed by the Eskom network equipment crime committee in collaboration with affected state owned enterprises and the South African Police Services, the report explained.

The combined effort resulted in 297 arrests and R11m worth of stolen material was recovered.

Eskom beefed up fraud investigations and, concluding 23 cases in 2015 worth R40m compared to four cases the previous year, when there was R7m worth of fraud.

Total irregular expenditure accounted for R712m in the financial year.