South Africa has trade surplus in February, rebounding from gap 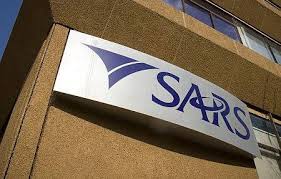 30 March 2018, Johannesburg — South Africa’s trade balance swung to a surplus in February after recording the biggest deficit in at least 28 years a month earlier as exports of vehicles and transport equipment more than doubled and machinery imports declined.

The 431.4 million-rand ($36 million) surplus compares with January’s revised 27.1 billion-rand negative balance, the Pretoria-based South African Revenue Service said in an emailed statement Thursday. The median estimate of three economists surveyed by Bloomberg was for a 1 billion-rand surplus. The surplus was 5 billion rand a year earlier.

Positive trade balances have eased pressure on the current account, the broadest measure of trade in goods and services, boosting the rand. The currency is the best performer worldwide against the dollar since the ruling African National Congress voted for Cyril Ramaphosa to lead the party in December, ending Jacob Zuma’s reign.

The government is battling to return public finances to a sustainable path and stave off another credit-rating downgrade, following years of stagnant growth and policy missteps that left a gaping hole in the budget.

Here are some highlights from the statement: