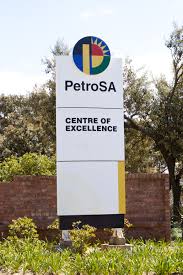 The group announced in a brief statement on Saturday that Bakoro’s suspension has been lifted and that the parties have reached a mutually acceptable and amicable agreement to terminate her employment with effect from 30 November 2015.

“The terms of the agreement are confidential,” said PetroSA, which operates Mossgas, the world’s third-largest gas-to-liquid refinery at Mossel Bay.

Bakoro’s departure follows that of Group CEO Nosizwe Nokwe-Macamo some six weeks earlier amid similar circumstances. Three executives, including Bakoro and Nokwe-Macamo, were placed on special leave to allow an investigation into their performance and declining revenues at the firm.

Fin24’s sister publication Finweek reported that much of PetroSA’s financial position can be attributed to the spectacular failure of Project Ikhwezi, an exploration programme which was aimed at extending the life of Mossgas through tapping new gas fields.

To date, Mossgas has produced more than 1tr cubic feet (Tcf) of gas and more than 70m barrels of oil.

But just 10% of the predicted 40 to 50bn cubic feet of gas buried under the seabed has proven to be there, and the exercise resulted in a R12.2bn impairment.

In addition, while the R11bn initial investment was to drill five wells, by the first quarter of this year, only three of the wells were operating.

In a bid to cut costs, the state-owned firm announced in October it would reduce its workforce by about 40%.
*News24Wire.com