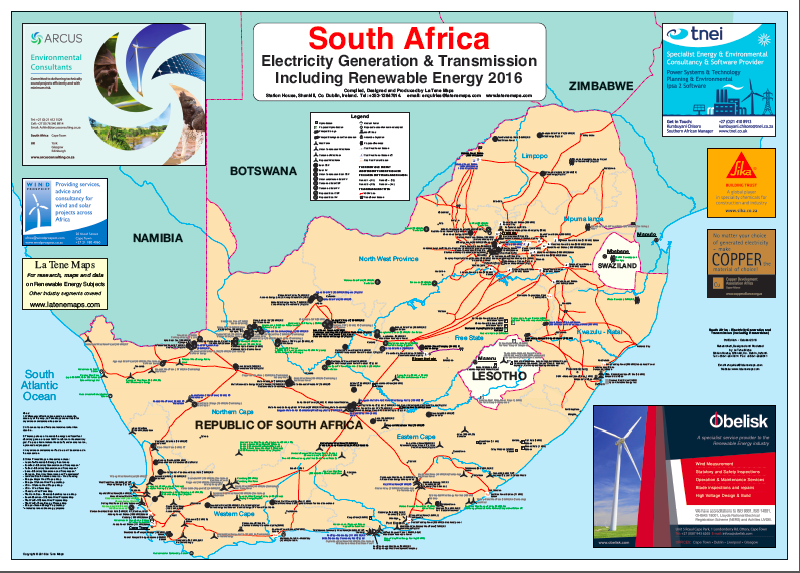 PRETORIA — South Africa’s plans to boost electricity generation over the next decade will be a mix of renewable energy and coal power, Energy Minister Gwede Mantashe said on Friday, as nationwide power cuts entered a third day.

The long-awaited Integrated Resource Plan published on Friday replaces a previous blueprint which had not been updated in almost a decade, holding back badly needed investment in new generating capacity.

Mantashe said the new plan supported a diversified energy mix and could be a catalyst for economic growth.

Eskom cut up to 2,000 megawatts (MW) of power from the national grid on Friday and would probably cut 1,000 MW on Saturday, spokeswoman Dikatso Mothae said.

South Africa’s power generation is currently dominated by coal, which accounts for more than 80% of output and makes the country one of the top-20 emitters of carbon dioxide worldwide.
Advertisement

The life of the Koeberg nuclear power plant will be extended, but there are no plans for a large-scale nuclear expansion of the type championed by former president Jacob Zuma, Mantashe said.

“Ours is not to be a lobby group for a particular energy technology,” he told a news conference.

Analysts said the plan did not represent the least-cost generation mix but was an effort to appease different interest groups by giving each a stake in planned new capacity.

But he also said those coal plants could never materialize as international and local banks are growing increasingly reluctant to lend to coal projects because of environmental concerns.
Advertisement

ESKOM’S TROUBLES
Eskom resumed power cuts on Wednesday after unplanned breakdowns at some of its generating units reached more than 10,500 MW of its roughly 45,000 MW installed capacity.

Those breakdowns show how fragile South Africa’s power system remains despite some improvements in plant performance earlier in the year.
Compounding those difficulties, Eskom said units 3, 4 and 5 at its Medupi power station had gone offline late on Thursday due to coal and ash handling issues.

Medupi and sister project Kusile will be two of the world’s largest coal power stations when complete, but they have been dogged by huge cost and time overruns.

They are major reasons why Eskom has debts of 440 billion rand ($29.7 billion) and why it is reliant on government bailouts for its survival.

Eskom spokeswoman Mothae said unit 4 at Medupi was now back online, one of the reasons why power cuts were expected to be less severe on Saturday.

He added that based on the assumptions in the energy plan, South Africa would procure more renewable energy as part of a fifth bidding round next year.

Debilitating power cuts in February and March pushed the country’s first-quarter economic growth into contraction and raised the likelihood of the country losing its last investment-grade credit rating from Moody’s.

Moody’s is scheduled to review the rating on Nov. 1.